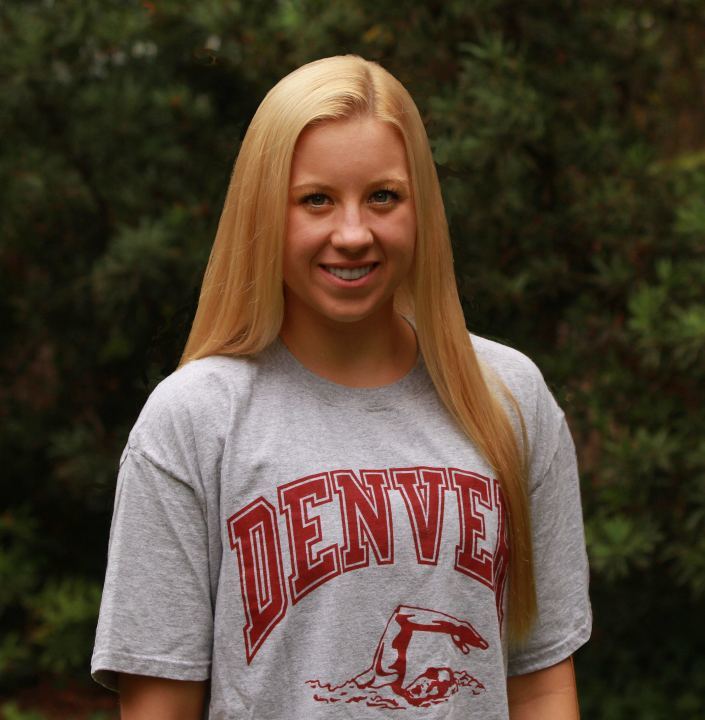 Annelyse Tullier has made a verbal commitment to swim at the University of Denver starting in 2015-16.

Tullier swam for Highland Park High School in Dallas her freshman and sophomore years, where she was the 2013 Texas 4A State Champion in the 200 free and tied for first in the 100 back. She also earned NISCA All-American honors for the 200 free relay (2012) and 200 medley relay (2013).

Tullier is a nice get for the Pioneers. Her times would have put her near the top of all three A-finals at the 2014 Summit League Championships. She has the potential to win an individual conference title or two beginning her freshman year, and she will surely add speed to Denver’s relays.

Great job!!! All your hard work and dedication has paid off and off to the next platform for your fast swimming! I am excited to see what you can do at the college level…BIG THINGS!!! GO ESP…and UNI OF DENVER!

Great person, swimmer, and student! Great job Annelyse on your commitment to the University of Denver!