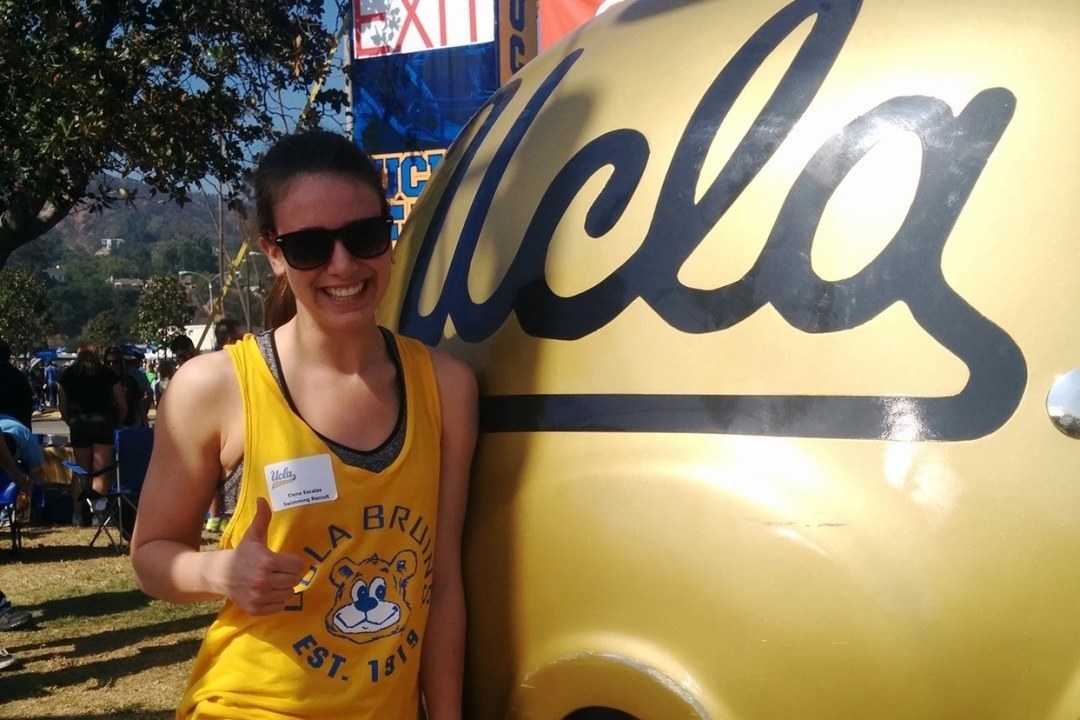 Nashville Aquatic Club breaststroker Elena Escalas has verbally committed to the UCLA Bruins for next season, carrying on the legacy of her father Rafael, who is a former NCAA record-holder for the Bruins.

Nashville Aquatic Club breaststroker Elena Escalas has verbally committed to the UCLA Bruins for next season, carrying on the legacy of her father Rafael, who is a former NCAA record-holder for the Bruins.

UCLA has really loaded up on backstrokers and butterflyers as of the past few years, and has started to reap the benefits, scoring solid chunks of points in those strokes at the Pac-12 Championships. Escalas should help the Bruins round out their lineup in the breaststroke events, especially since the team’s only conference point-scorer in either breaststroke, Jessica Khojasteh, will graduate after this season.

Elena Escalas is the daughter of Rafael Escalas, a two-time Spanish Olympian who swam for UCLA and helped the Bruins win a national title in 1982. Escalas is notable for his 1981 season, in which he became the first person to set an NCAA record after coming into the meet seeded last.