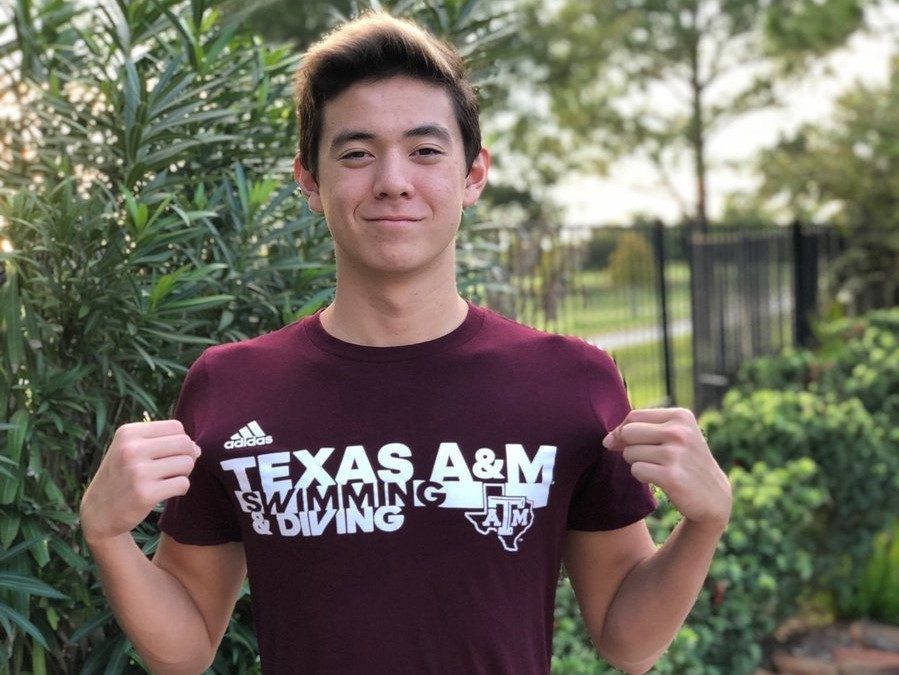 Coakley has improved significantly over the last two years and now has national time standards in all the freestyle events from the 200 to the mile. His progression has been impressive:

Coakley will join his club teammate Coco Bratanov on the Aggies’ roster next fall; Bratanov is a freshman this year. Texas A&M had a weak showing in the distance events last season; they didn’t score at SEC Championships in the 500, and their only point in the 1650 came from then-freshman Felipe Rizzo. Coakley is just off scoring position in the 500 free at the conference level; in 2018 it took 4:22.40 to get a second swim. In the 1650, Rizzo’s 15:21.07 was the 24th-place time. Coakley will join a distance free group headed by current sophomore Rizzo and freshman Luke Stuart.

Great choice William! Good luck “in & out” of the water in Aggieland. Gig em forever!