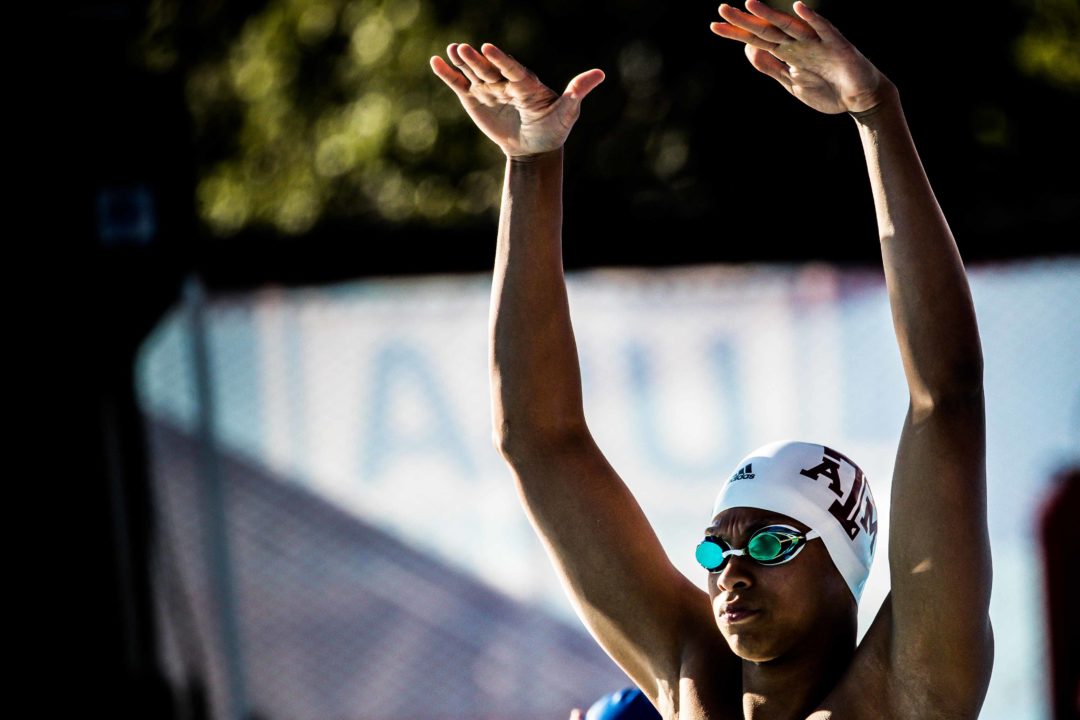 COLLEGE STATION, Texas — The Texas A&M men’s & women’s swimming & diving teams celebrated the accomplishments of the 2019-20 season at the annual team banquet on Saturday from all over the world via Zoom.

Unfinished business themed the banquet as the season was cut short before either team was able to continue making its marks at NCAA Championships. After announcing academic and team awards, seniors reflected on their time at A&M before the event concluded with the announcement of 2020-21 team captains.

The women’s team faced a number of challenges throughout the 2019-20 season, but eventually saw 10 swimmers and four divers qualify for NCAA Championships, also earning CSCAA All-America honors. A&M was one of just 12 schools nationally to see double figure swimmers earn a spot to compete at NCAA Championships. In dual meet competition, the Aggies started the season with a big win over No. 14 Ohio State at home and remained ranked in the top 20 throughout the season.

The men’s team had one of its most accomplished seasons in program history. The team made its mark in the post season, battling back for a second-place finish at SEC Championships, where the Aggies tallied 15 medal finishes and set 11 new school records. Ten Aggies earned CSCAA All-America honors after qualifying for NCAA Championships. In the dual meet portion of the season, the Aggies cracked into the top five nationally, climbing as high as fourth for the first time since the 2001 season.