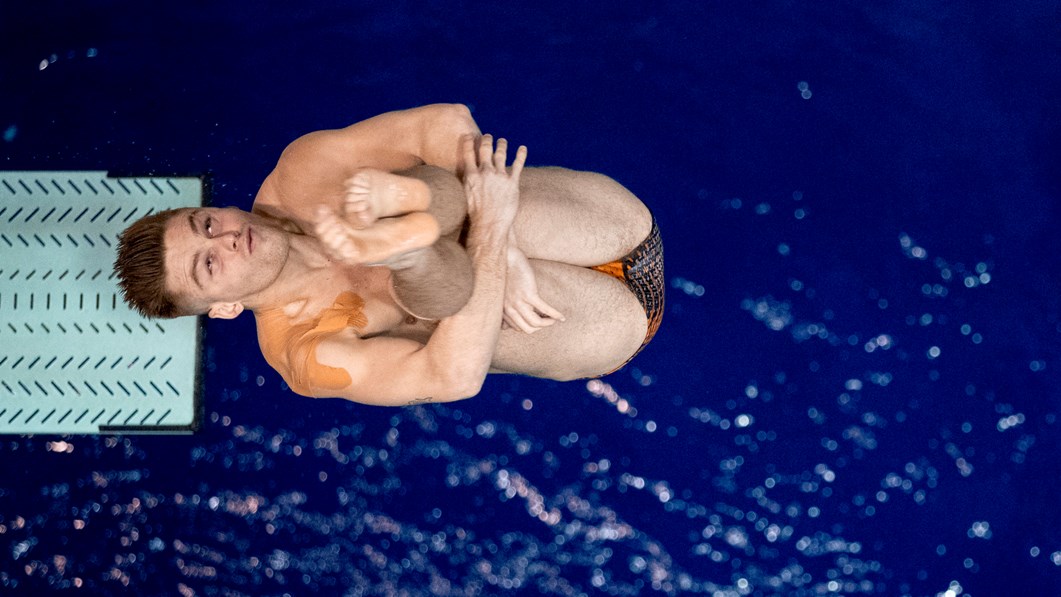 With wins on men's 3-meter springboard and women's platform, the Vols continued their strong start to the new year Monday at Gabrielsen Natatorium. Current photo via Tennessee Athletics

“We had back-to-back solid days and we want to see the same sort of thing again tomorrow,” diving coach Dave Parrington said. “Our SEC and Zone meets are all three day events so this is kind of practice for that. It’s a bit of a different format with the women diving tower on day two instead of three, so I am curious to see how they respond coming back to the springboard the day after a tower event, which is pretty grueling. Day three is the test of endurance and we will see where we are at in terms of conditioning and what we need to do to be ready for championships next month.”

Sophomores Kara Holt and Elle Renner continued their strong opening to the 2021 Georgia Diving Invitational as they placed first and second on platform. Holt took home the victory, scoring 246.65, while Renner finished with 234.00.

“We’re really happy with both of their performances, especially with Kara picking up the win,” Parrington said. “Kara was really steady all day. We have to value every opportunity we get to compete and she got up there and was very consistent. Elle continues to improve up there and got her zone qualifying score today which is a real bonus for us.”

Hallam punched his ticket to NCAA zones on 3-meter with his score of 339.65. In his first competition back from shoulder surgery, Hallam has now qualified for the NCAA zone competition on both 1-meter and 3-meter.

“It was a really good win for Matt,” Parrington said. “He scored well in prelims and then stepped his game up a little bit and scored about 20 points higher in finals. We also saw some real positives from Will, Keegan, Jacob and Nick. Will getting his zone score again with Keegan right on his tail scoring a personal best was a real highlight. Jacob is just getting better, he’s been working and working and working and we’re starting to see those benefits.”

Mason finished third in the final with a score of 226.60, posting a score of 41.25 on her final dive to clinch a spot in the upcoming Zone B Championships. The Orlando, Florida native led the competition through three dives before eventually ceding the lead to Kara Holt of Tennessee. Elsewhere, freshman Meghan Wenzel placed fourth with a score of 195.30, followed by redshirt junior Ambria D’Alonzo in fifth place at 181.85.

The Georgia Diving Invitational concludes Tuesday with the women’s 1-meter and men’s platform events. The session will open at 11 a.m. with live updates available on DiveMeets.