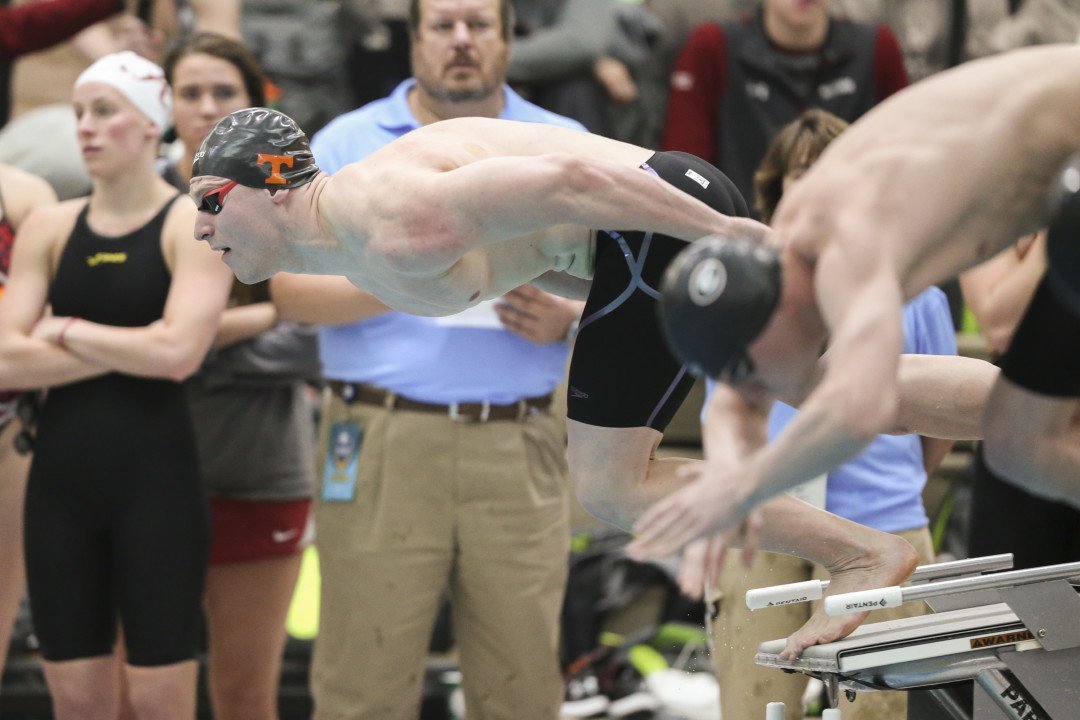 Ryan Coetzee was one of nine Tennessee men to pickup an individual win against UNC-Wilmington. Current photo via Craig Bisacre/Tennessee Athletics

UNC-Wilmington played host to Tennessee as the teams opened their season on Friday, with the Volunteers coming out on top for both men and women. The men topped the Seahawks 177-123, while the women outscored them 201-99.

UNC-Wilmington came back strong with three consecutive wins in rapid fire, but would be unable to return to the top of the podium after that. Charlotte Watts (2:04.67) and Meagan Johnson (2:04.73) went 1-2 in the 200 fly, and then Evan Arsenault and Faith Pilcher did the same in the 50 and 100 free to bring in some big points for the Seahawks.

Tennessee finished the job after that with Micah Bohon (200 back) and Brianna Leverenz (500 free) scoring wins along with Brown and Yager. The 400 free relay, anchored by Brown, closed out the meet with the win in 3:27.45.

The Tennessee men were similarly dominant in their win over the Seahawks, winning ten of 14 events. They showed strong depth in the meet with their nine individual wins coming from nine different swimmers.

Ben Whitty (100 breast) and Connor Forsythe (200 fly) got the Seahawks their first individual wins of the meet back-to-back, but Tennessee answered with six consecutive wins after that. Whitty won his second event of the meet in the 200 IM (1:54.29) before Tennessee closed it out with a tight win in the 400 free relay.