Team Standings after Week 2 of the 2019 ISL Season 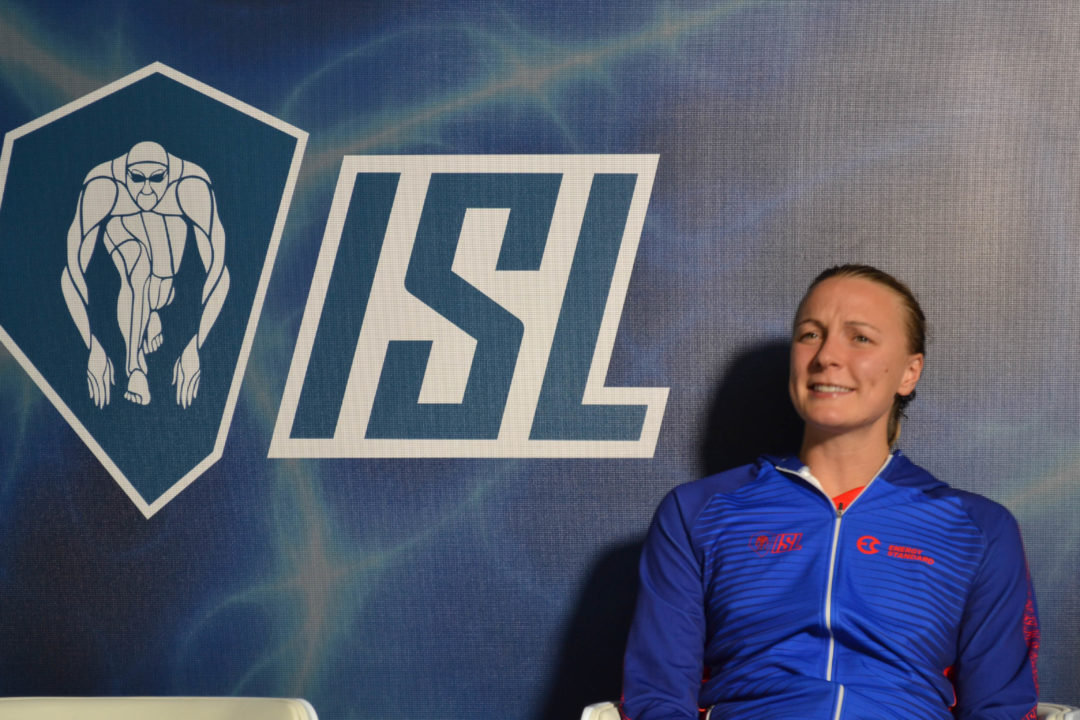 Sarah Sjostrom and Energy Standard aren't technically a lock for the Vegas finale yet, but 2-straight wins to open the regular season put them in good shape. Archive photo via Giusy Cisale

There’s not much suspense about the overall league standings after week 1 of the 2019 ISL Season – the 4 teams that competed are the only teams with points, and where they stand at that meet is where they stand in the league table to date.

At each of the 6 regular season meets, teams will score points based on their relative finish order, as follows:

There are no ‘style’ points – whether the margins of each meet are 1 point or 100 points, the table above is how much is earned.

In theory, a team could win its ‘continent’ table without winning a single meet, because most of the meets are not grouped by ‘continent’ (see last weekend in Indy, which had 2 European and 2 American teams).

Note: ISL uses ‘points’ to describe many different scoring systems: meet points, MVP points, standings points, and prize money points. We’ll try to differentiate between those points as best we can in our coverage.

In Europe, the Energy Standard club, the pre-season on-paper favorites in the league, has dashed out to the league thanks to a 96-point margin of victory in Indianapolis, and a tighter win in Naples, for a maximum 8 points.

Mathematically, nothing is guaranteed yet. However, having already proven to be well ahead of Aqua Centurions, Energy Standard is, essentially, a lock for the finale in Las Vegas in December. A top 2 finish at the European derby would mathematically lock Energy Standard in for Vegas. 3rd creates, at best, a tie scenario.

The Cali Condors were the best American team through the first 2 weeks, but even the addition of Caeleb Dressel and a relay DQ from Energy Standard couldn’t lift them to a victory. The American derby will be very interesting, because the LA Current has the depth to contend with the Condors, on paper, while the Breakers have a disruptive force in Michael Andrew whose training is tailor-made for the ISL format.

Ironically, the Condors’ fate could be determined by a European team: if the London Roar are hurt badly by the absence of British swimmers at the British training camp that overlaps with their first two meets, and the American teams in Group B are able to go 1-2, then the Condors are in trouble. The LA Current look very deep in that group, so the Condors should become fans of the Roar and Iron Swim next weekend in Lewisville, hoping for them to beat the Breakers. If the Breakers finish outside of the top 2, then the placement of the LA Current in Group B are less impactful to the Condors’ fate.