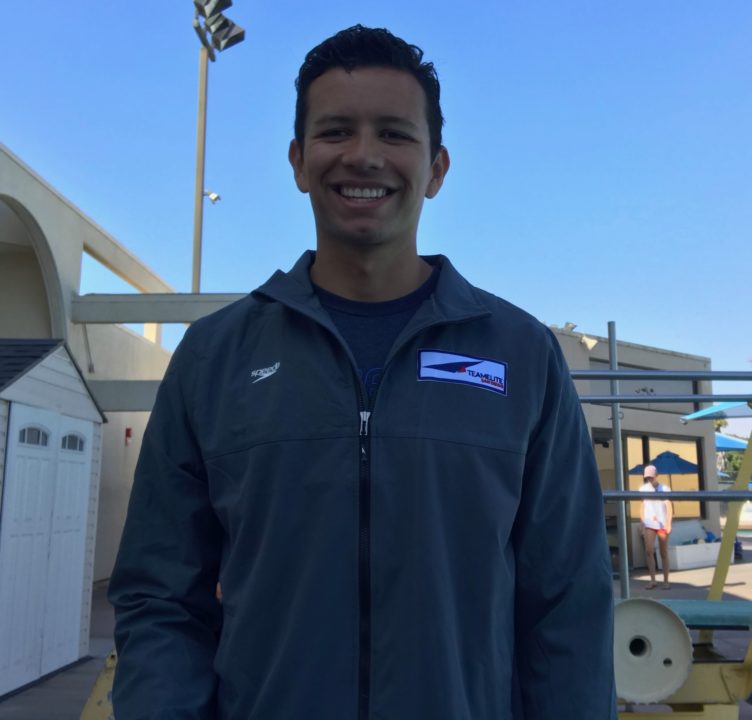 The Team Elite training group for professional swimmers based out of San Diego, California has announced the addition of Javier Sossa to their training staff. Sossa swam collegiately at Oklahoma Batpist, where he graduated from in 2015. Sossa will work primarily with the pro group, though a team spokesperson says that all coaches wind up working with the newly-formed age group program as well.

Shortly after graduation, he joined the program as an assistant coach, and eventually worked hiss way to assistant head coach and then interim head coach after the death of his former boss and mentor Dr. Sam Freas.

“As an athlete, Javi developed as an international caliber swimmer for Colombia,” Team Elite head coach David Marsh says of his new hire. “His experience as a swimmer and assistant coach under Sam Freas at Oklahoma not only gave him unique insight from one of America’s best coaches, but it helped him to quickly grow into a coach that has worked on all aspects of swimmer development and support.”

As an athlete, Sossa, a Colombian native, was an NAIA National Champion, and a member of the Colombian National Team.

Buena Javiii!!!
Congratsss well deserved.
Wish you all the success in this new challenge.
Team Elite is lucky to have him!!!

I’ve personally seen coach Javi exponentially grow as a leader and right hand man to Sam Freas. There is no doubt in my mind that Team Elite is in good hands. His work ethic, commitment, and care for swimmers goes beyond the pool.

His eagerness to learn has jumpstarted his coaching career producing high caliber swimmers in a short period of time.

Be on the lookout for him in the world scene in the coming years!

Since this article is about Team Elite, this is as good as any place to ask this question about new Team Elite member ABRAHM DEVINE. I was frankly puzzled by the number of commenters who criticized (snarkily dumped on?) his choice to swim with David Marsh several days ago. Devine is a world-class 1:57 2IM-er. He’s also a smart, thoughtful person. Serious question: in your opinion, what things does he need to do go low 1:56 or below? Be specific. Better breaststroke technique? More conditioning? Better transitions? Mental toughness? More breakout speed? Improved race tactics? Once you’ve isolated what he needs to work on to be a 1:55 guy, in what ways can you see the Marsh environment providing him… Read more »

Perhaps your could provide a solution?

This is not as good of a place as any. The much better place would have been on the article about Abrahm Devine.