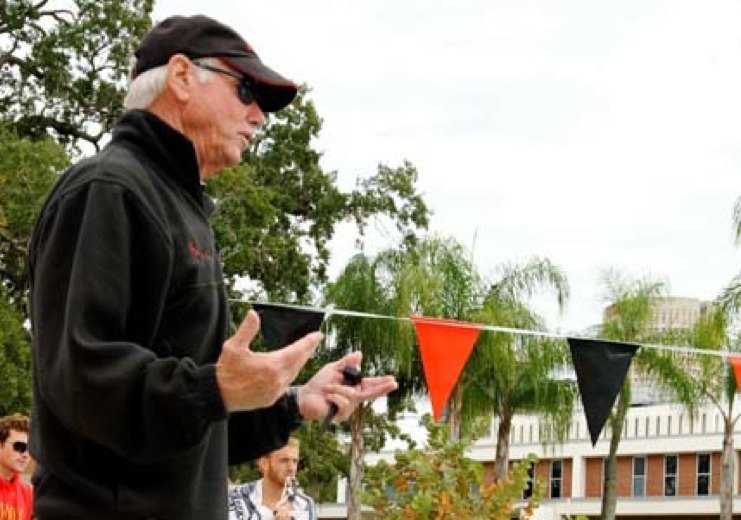 Two weeks after Glenday's sophomore 2012 NCAA meet she was diagnosed with a sub-clavian blood clot. Glenday was out of the water for most of the summer and preseason. Under head coach Ed Brennan (featured image) and assistant coach Jimi Kiner, Glenday recovered and cameback with great success. Current photo via University of Tampa 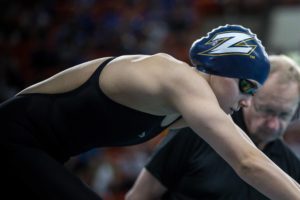 SwimSwam contributor Chris O’Linger is an assistant coach at the University of the Incarnate Word.

Heather Glenday is an extremely talented middle-distance and distance swimmer based out of the University of Tampa. The program is run under  Head Coach, Ed Brennan, whom Glenday describes as a quirky coach who always varies his workouts to “keeps swimming fun.”

Most days, she swims under Jimi Kiner, Assistant Coach and distance specialist, who Glenday says “knows what he is talking about [specific to distance racing], and is a great motivator at practice.”

Under both of Brennan and Kiner’s instruction at the University of Tampa, Glenday has compiled 13 All-American Honors, including a few medal finishes. At the Crossplex in Birmigham, Alabama, Glenday exceeded her expectations for best times in the 200 freestyle, 500 freestyle, and 1,000 freestyle events, but most notably, she swam an exhilarating anchor leg in the 800 freestyle relay, bringing Tampa to the top of the podium. 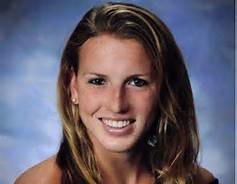 “When I dove in, I knew we were behind a couple of teams, so I was really nervous because I did not want to lose our spot,” Glenday said. “As I was swimming, I saw that I was passing people, but I wasn’t sure how many I had actually passed.”

As a spectator coaching the University of the Incarnate Word, I felt something special as Heather Glenday dove in, and I was confident after the initial 50 split, that she may catch the entire heat. Glenday stated that she looked up at her teammates after completing her leg to ask how they had done, and had noticed that they were all freaking out. “Nothing can describe how it felt to see the number ‘1’ next to Tampa when I finally looked up at the scoreboard. [It was] one of the greatest experiences of my entire life.”

Much of this success that occurred at NCAA’s in 2013 was preemptively uncertain at the end March 2012, two weeks after her sophomore NCAA meet. Glenday hopped out of the pool during an offseason practice after she noticed that her right arm was swollen to approximately twice the size of her left arm. Shortly after, she was diagnosed with having a sub-clavian blood clot borne from her first rib and clavicle continuously damaging the vein that runs between them via her swim stroke. Glenday was out of the water for most of the summer and preseason leading up to her ultimately successful 2012-2013 collegiate season.

Glenday is looking toward her senior year with rejuvenation, having performed as well as she did last year. Without health issues tampering with her offseason training, she is bound for another successful season.

“Our team is really close this year…the men and women are working together very well to create a strong support syetem. I am interested to see how our team performs this year because of that.”

Glenday has goals of her own, including breaking the 10:00 and 16:50 barriers for the 1,000 and 1,650, respectively. Glenday is a very intrinsically motivated and task-oriented athlete:

The reality is, as close as Glenday has been to a championship already, any drop in time could result in a Division II national championship in any of her events. Glenday already cites her turns as a major issue of focus this season.

“I visibly slow down when I’m coming into a wall, but I have been working on them at practice, so hopefully that will [allow] me to shave off some time.”

When Glenday is not swimming, she is almost always doing homework as a business and finance major, enjoys going out with her friends, and keeping up with her television shows and movies. She even has a quirky obsession with the minions from Despicable Me. As a former teammate of one year with Heather Glenday at the University of Tampa, I would warn her competitors of her ferocious work ethic and stable mental competencies pertaining to racing. I, personally, am looking forward to watching Heather achieve the unimaginable this year at Division II National Championships in Geneva, Ohio.

another great article from chris. glad to see you are following your lifes passion with the swimming kinesiology

Thanks Stephen! I know I haven’t said much to your comments, but I appreciate your consistency with reading my periodicals and the praise. Where do you swim Masters at?