What Does it Take to Qualify For NCAA’s? List of Cutoff Times from 2013 NCAA Championships 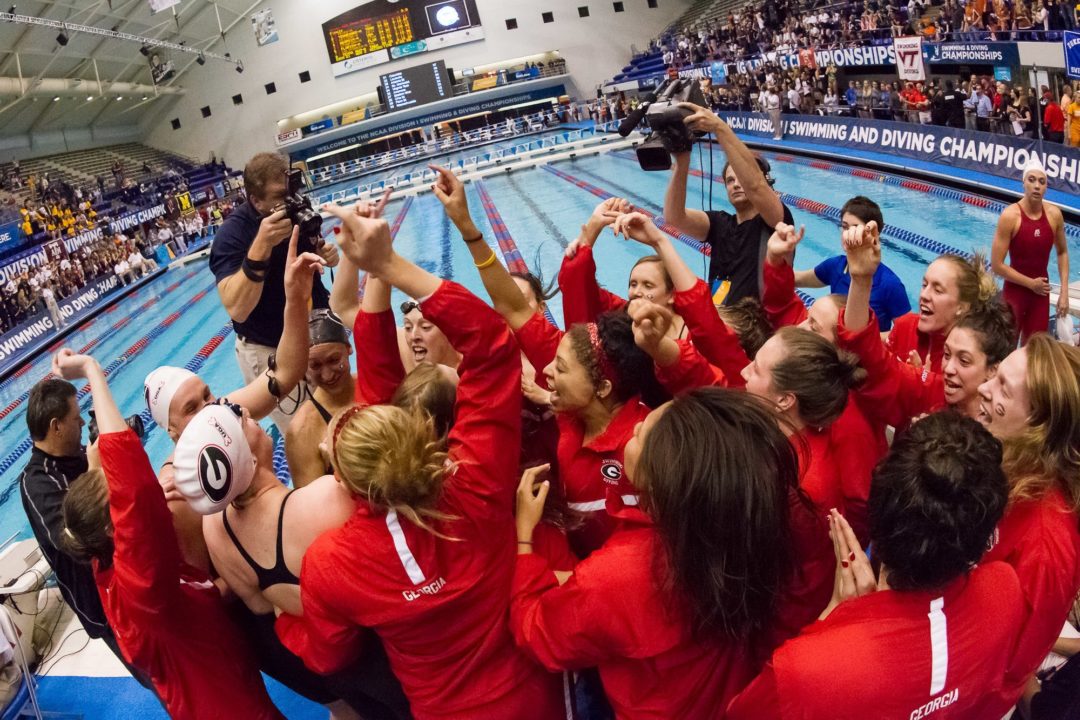 A retrospective look at the times needed to qualify for the 2013 NCAA Championships. Archive photo via Tim Binning/TheSwimPictures.com

But that grey area gets bigger this year, given how fast everyone seems to already be going mid-season. We’ll have a better idea of where things are shaking out this year in three weeks after all of the mid-year invites are shaking out, but we know the NCAA is expecting things to be faster, based on their ramping up the Automatic Qualifying times significantly.

The general feeling, nation-wide, is that times will be faster this year. There are so many freshmen around the country who are already so fast that it’s hard to imagine many events getting slower.

Below, we’ve laid out the slowest time that was invited in each race (which doesn’t include optional entries from swimmers invited in other races), this year’s automatic qualifying standard, and the number of seniors invited to last year’s meet. That number of seniors should give an idea in each event how many invitees have moved on. Of course, that doesn’t include swimmers like Vlad Morozov who went pro early, or swimmers who are missing this season for injury or transfer, but all-in-all, those things are mostly balanced out by swimmers returning from redshirts or transfers who sat out last season.

We’ve also included the last invitee from last year, mostly for fun because we had the sheets up.

We’ll give an update as the year goes along as to how the cut lines look this year.

Love to see the same for DII and DIII.