Szabo Is Back, Santos Saving Up for 50 Fly in ISL Playoff #6 (START LISTS) 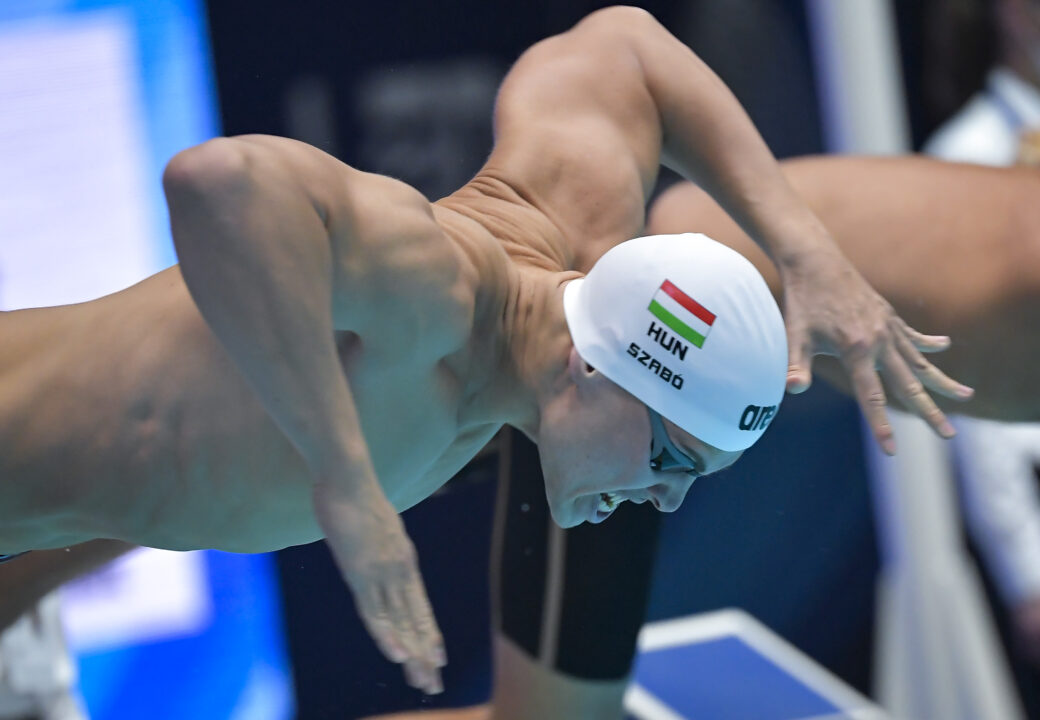 Szebastian Szabo will swim his first meet of the 2021 ISL playoffs on Saturday, and is lined up for a big World Record showdown with Nicholas Santos in the 50 fly. Archive photo via Andrea Staccioli / Deepbluemedia / Insidefoto

There are four overarching themes of the start lists for Day 1 of the 2021 International Swimming League Playoff finale:

Fine-tuning lineups for the final.

Cole Pratt is ramping up.

The Dressel news broke Friday afternoon, with Cali general manager Jason Lezak saying that, while Dressel is technically entered on the team’s ‘available swimmers’ list as relay only, they expect him to miss the meet with a cold.

That has led the Cali coaching staff to reshuffle the lineup, though with Dressel having missed several meets this season, including the playoff opener, so they know where to slide pieces around.

That includes moving Justin Ress into the 50 free. The Condors are also giving Eddie Wang another shot at the 100 fly, though Dressel actually didn’t swim that event last week. He will take the spot over from Marcin Cieslak, who is taking relay-only duties on day 1.

With three of the four teams in this match knowing their Playoff fate (the exception being Toronto, who with a win could secure a spot in the final, but with anything else is done for the year), there’s mostly some fine-tuning happening for the Condors.

For example, Coleman Stewart won’t swim the 200 back for Cali after placing just 6th in the event last week. Stewart was on-fire in the ISL regular season, including a World Record breaking swim in the 100 back, but has cooled off a little in the playoffs to the point where giving him that extra swim, and the upside it provides over his replacement Tomas Peribonio, probably isn’t worth the 2-3 points.

Cali has also made some tweaks on the women’s side. Hali Flickinger is out of the 200 IM after placing 8th in her debut last week; Kathrin Demler, who occupied that spot for most of this season with Flickinger out, will swim the event instead.

Cali has also moved Kelsi Dahlia out of the women’s 400 free relay. Dahlia, who has had a hot hand in the 100 fly all season long, got the nod last week over Beata Nelson in the “A” relay, but her 52.91 was the slowest split for that quartet, and Nelson was 52.2 on the “B” relay. Instead of using Dahlia on the “B,” it appears they’ll just save her for the medley with the hopes of earning a more favorable skins choice.

Cali has totally punted on their men’s “B” 400 free relay: without Dressel, their depth wanes, and so their 2nd relay of Tomas Peribonio, Mark Szaranek, Kevin Cordes, and Jose Angel Martinez is unlikely to meet the minimum standard.m That puts an extra incentive on teams to win in a 400 free relay that should be wide open.