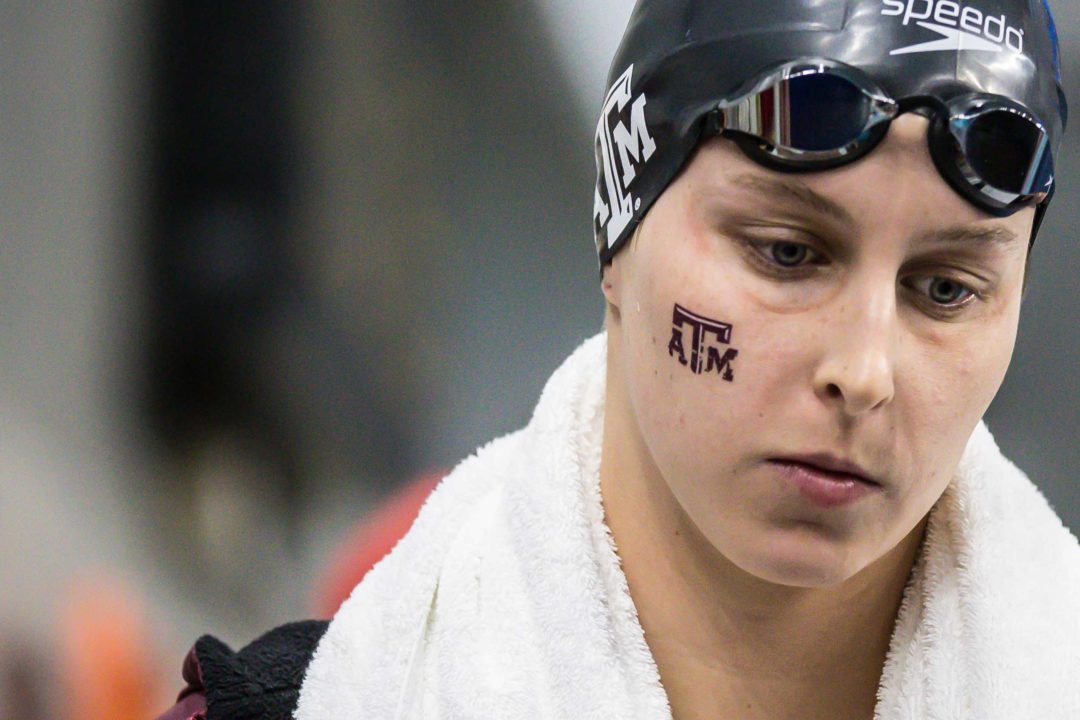 Sydney Pickrem set a new Canadian Record in the women's 200 IM in a time of 2:08.71. Archive photo via Jack Spitser/Spitser Photography

Sydney Pickrem broke her Canadian Record to win the women’s 200 IM during the final session of the 2019 Canadian Swimming Trials in Toronto.

Looking at the splits of all three races, the biggest difference maker tonight was the backstroke leg:

In terms of the world rankings, Pickrem moves into 2nd for the 2018-19 season, trailing world record holder and reigning Olympic and World champion Katinka Hosszu (2:08.55).

Kelsey Wog, who finished 2nd to Pickrem in that 200 breast, was the runner-up to her once again as her 2:10.72 gets under the FINA ‘A’ cut and gives her a second event for the World Championships.