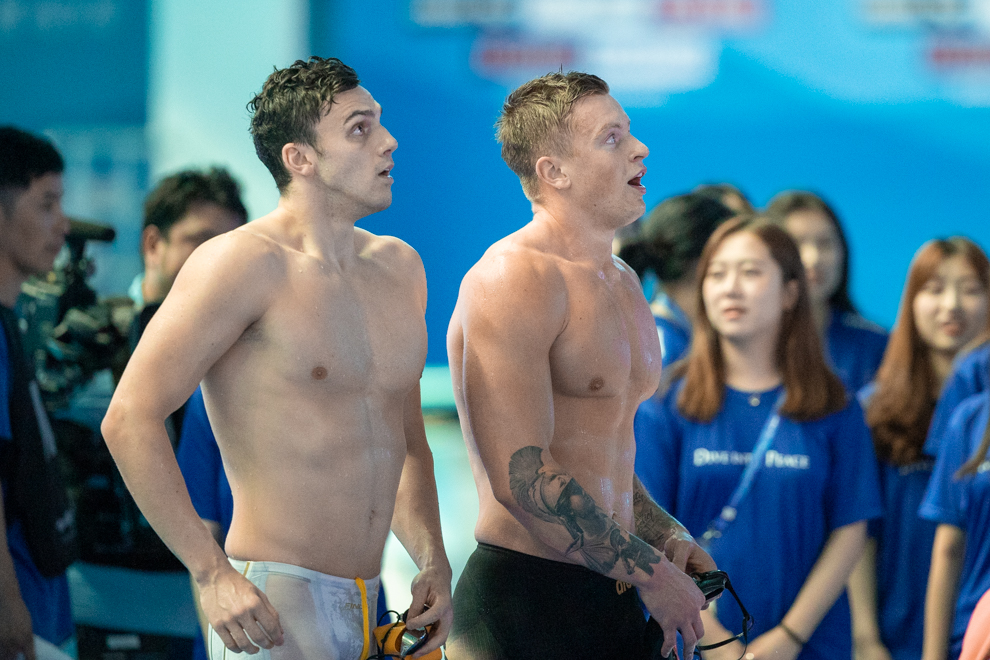 Guy breaks down how the British team has built a culture of relay performance and putting an emphasis on medaling in as many as they can. Current photo via “Rafael/Domeyko Photography”

We sat down with British World Champion and Olympic medalist James Guy, who gave us a detailed description of how he’s been spending his time during quarantine. He also admits that once he got back into the water recently, he felt better than he had expected to and got into main sets pretty quickly. Guy emphasizes there’s no rush to get into great shape and to take your time getting back into the pool.

Guy also gives his description of winning his world championship title in the 200 free and the world titles Britain has won in the 4×200 free really (2015, 2017) and 4×100 medley relay (2019). Guy breaks down how the British team has built a culture of relay performance and putting an emphasis on medaling in as many as they can.

what a pleasant dude

Yeah, but when you have two top swimmers who are proven stepping up in relays like Scott & Guy, should Peaty have a bit of a misfire (as he did last summer), you have a pretty good chance of one of them swimming a lights out split to save you, as Scott did last summer.

Guy will be the key leg next summer. Backstroke they will always be behind the US and Peaty will mostly likely outsplit whoever the US breaststroker is by at least 1.5 seconds. Scott is great but if Guy is off like he’s been for the last few years they can’t rely on another once in a lifetime split. And if Dressel splits sub 49 it’s basically over.

Oh man, I would have quit much earlier if it was just the same thing over and over… but then again I’m not a world champ. I’m so glad James didn’t quit, as he is one of the nicest in our sport, a great leader, and follows the “look good, feel good” motto that I 100% follow in my daily life