Swimming’s TopTenTweets: The Dab Lives On 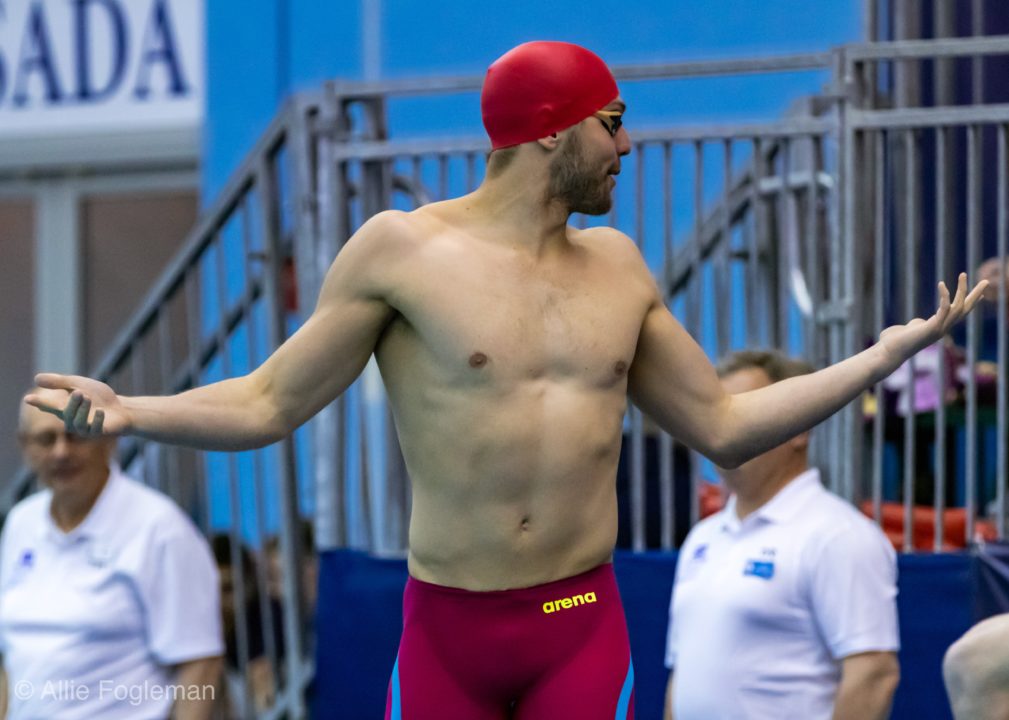 We’re back with swimming’s TopTenTweets presented by Arena, where we round up the best of the swimming Twitterverse. Featured Instagram... Current photo via Allison Fogleman

WIN A TRIP FOR TWO TO SWIMMING WORLDS! We’ve partnered up with our friends @swimoutlet to give one lucky winner a trip for two to the 2019 FINA World Championships in Gwangju, South Korea. Visit the link in our bio for all the details on how you can enter to win!

My little girl met her idol today. The person who inspires her to swim hard at practice and in meets. Thank you @katieledecky for making my little girl’s day. #TYRProSeries #RVA pic.twitter.com/JpnNz50Yvp

We can sense the smile on her face.

Every season should be swimmer shoulder SZN, tbh.

this morning my phlebotomist said I handled getting blood drawn better than the “big football players.” not sure if the backhanded compliment was because I’m a swimmer or because I’m a female 🤔 pic.twitter.com/6sFAn0SISJ

We’re offended for you either way.

#DiradSquad thriving despite my SHODDY roster management (sorry @swimiller I see you and I appreciate you) https://t.co/Af9Y08eew3

We appreciate the honesty.

A man of his word.

The Two Goats 🐐 at the Masters. @TigerWoods @MichaelPhelps Unreal! pic.twitter.com/guwW9ecuXl

These are my first strokes ever taken with 2 “hands”
Like a little kid taking their first step. I’m on sensory overload & overwhelmed by the possibilities of where this can take me❤️ pic.twitter.com/ifgNCq5kpX

The dab will never die on my watch https://t.co/UEOZn9oDes

Two TopTenTweets and a PSS win for Ryan? What a week!

You better be talking about that Ryan fellow, Justin

Oh of course, wouldn’t have it any other way!

Wait — Is it still a unicorn if it has 3 horns?