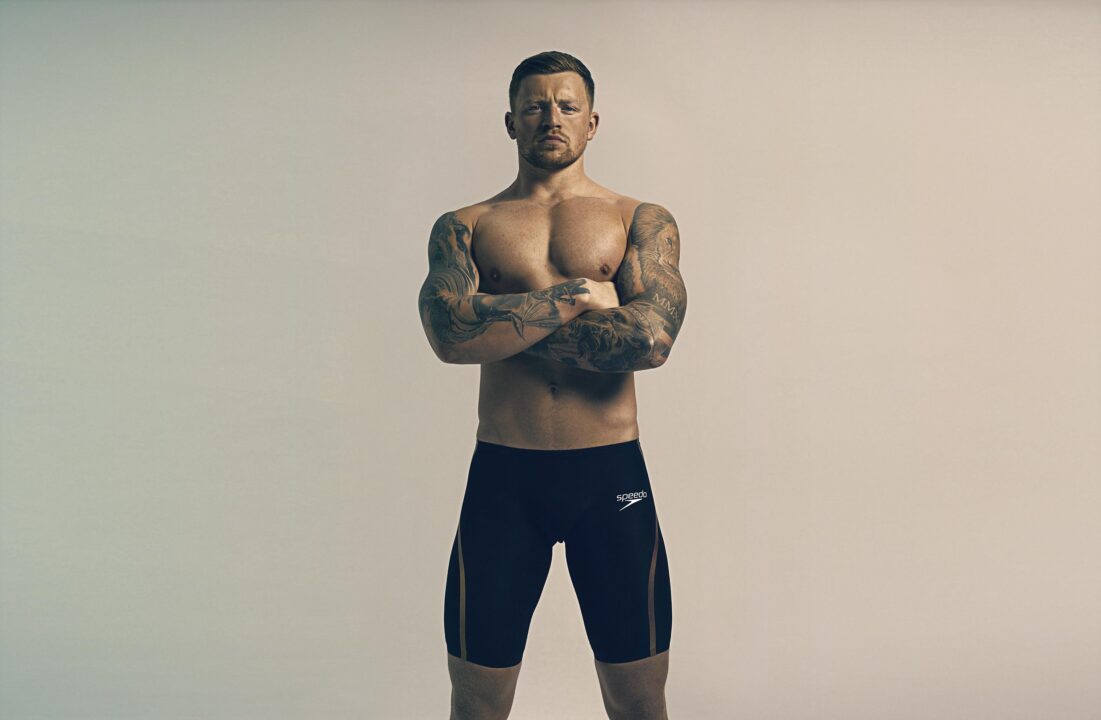 Coming off a win at the Mission Pro Swim, Erica Sullivan says her shoulder has healed, and we talk film making and Pride Month.

Katie McLaughlin has suffered injuries that would end most careers. Learn how she managed her training, earning her place on the 2020 Olympic podium.

Widely-regarded as the greatest breaststroke swimmer of all-time, Peaty joins Speedo off the back of winning two gold medals (100m breaststroke, 4x100m mixed medley) and one silver (4x100m medley) at the most recent Olympic Games. An era of dominance means that Peaty now holds 15 of the 20 fastest 100m breast stroke (long course) times in history and has revolutionised the stroke, inspiring people around the world to take up swimming.

Speaking about the new partnership, Peaty revealed that Speedo’s success in the pool, coupled with a passion to use his platform to build a more inclusive and sustainable sport by partnering with the world’s largest swimwear brand were the main drivers behind the new deal.

Peaty has recently spoken about his ambition to leave the sport with a time which can never be surpassed. Dubbed ‘Project Immortal’, the eight-time World Champion, will use the next two years sharpening his tools ahead of a bid to cement his legacy within the sport even further. With this deal, he now also has the support of a brand which has helped to win more Olympic medals than any other.

Peaty said: “I’m really excited to be joining Team Speedo alongside so many of the world’s best swimmers who swam so well in Speedo suits last summer. Project Immortal is my next big aim and will be a lot of hard work, but I’m excited about the support Speedo can offer me in this quest for greatness. The figures from Tokyo speak for themselves and I’m certain this partnership will help me reach the next level.”

He joins the likes of Caeleb Dressel, Emma McKeon, Duncan Scott, Tom Dean and Ariarne Titmus, as well as a plethora of British and international stars who form Team Speedo who had a dominant Olympic performance in Tokyo – with the brand being worn by 61% of swimmers who won a Gold medal in the pool, including the only two swimmers to set world records.

As well as the performance credentials, Peaty was also enthused about the role he can play in supporting Speedo’s future activity which centres around becoming more sustainable and helping to increase participation levels in the world of swimming. Speedo recently revealed its Swim United programme, which aims to enable thousands of children in under-represented areas and communities to learn how to swim.

He added: “Since the birth of my son, George, I have become increasingly focused on playing my part in helping to create the best world I can for him. Once I heard the plans Speedo had from a sustainability and diversity perspective, there was never a doubt in my mind that they were the perfect partner for me.

“My background is not that of a traditional swimmer and as a result I am really passionate about finding the next big thing in British swimming. There are so many potential champions out there, we just need to enable them to be in the water and identify that potential and Swim United does that.”

Speaking about the partnership, Simon Rowe, Global Head of Sports Marketing for Speedo, said: “Adam Peaty is one of the greatest swimmers Great Britain has ever produced and we are immensely proud that he has agreed to join Team Speedo. From the moment we met Adam it was clear we had a shared vision for the future of swimming. We’re both committed to making the sport as wide-reaching and sustainable as possible, and so it was the perfect fit for brand and athlete. We are excited about his passion in making swimming a more diverse sport through our Swim United initiative and look forward to sharing further plans in due course”.

In addition to the list of Peaty’s honours, he is also a three-time Commonwealth Games champion and has committed to swimming at Birmingham 2022, having been announced as an automatic qualifier by Team England.

Peaty is fresh from an impressive stint on Strictly Come Dancing which, coupled with his Tokyo exploits, catapulted him into the hearts of the nation and he was awarded an OBE for his services to swimming in the 2022 New Year Honours list.

About Speedo®
The world’s leading swimwear brand, Speedo® is passionate about life in and around the water, creating revolutionary new technologies, designs and innovations, and supports swimming from grass-roots through to the elite level. In the 1920s Speedo® made history with the Racerback: the world’s first non-wool suit. In 2008 Speedo® redefined swimwear again with Fastskin® LZR RACER® – the fastest and most technologically advanced swimsuit ever created. 2011 saw Speedo unveil another world first with the Fastskin Racing System – a cap, goggle and suit designed to work together as one. Speedo® is owned by Speedo Holdings B.V and distributed in over 170 countries around the world. To find out more visit: www.speedo.com