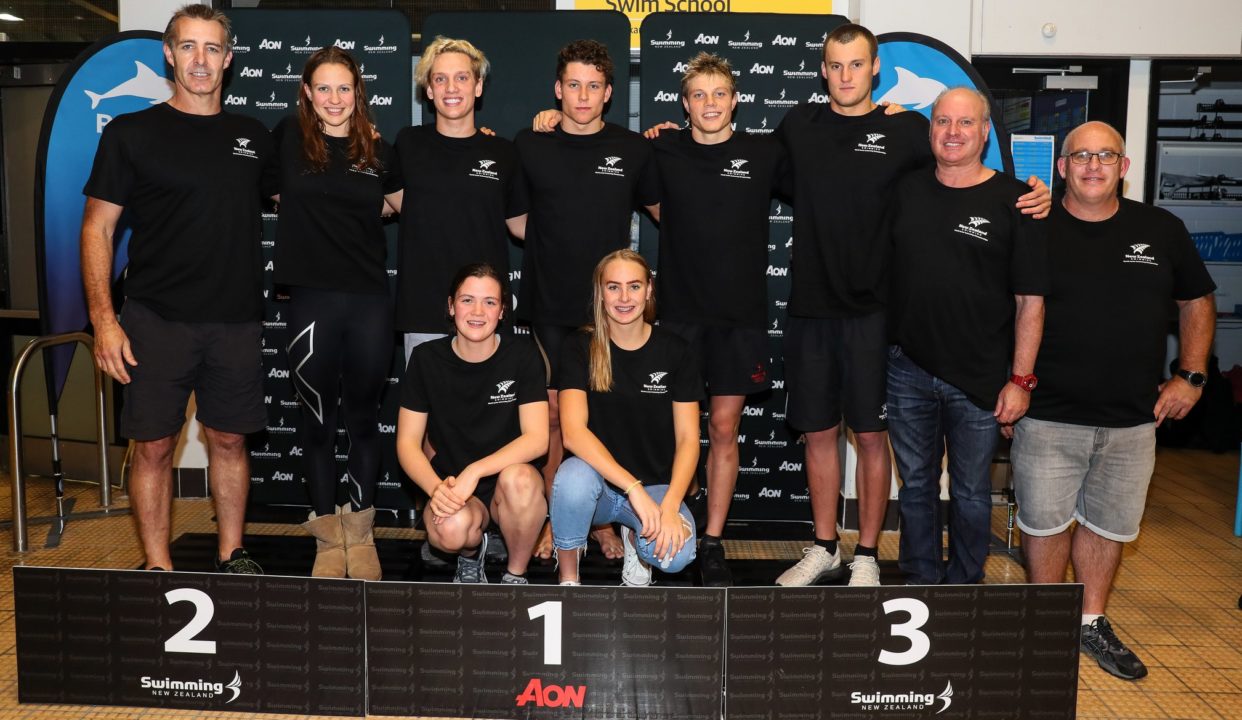 After not competing at the 2017 World Junior Championships, New Zealand will send a roster of 7 to the 2019 edition. Current photo via High Performance Swimming NZ

Early this week Swimming New Zealand announced a 7-swimmer team to attend the 2019 World Junior Championships. The event will be held in Budapest from August 20th-15th.

The swimmers on the team qualified via the New Zealand Age Group Championships by recording a mark equal to or greater than that set out in the qualifying criteria. The team is made up of 4 boys and 3 girls – all of whom have international experience swimming for New Zealand or other nations.

The coaches for the team are Lars Humer (Neptune), Andrew Nicholls (Kiwi West) and Paul Kent (MAG). As per the selection criteria these swimmers will be able to enter additional events to the ones they have qualified in – provided that there is only one other New Zealand swimmer in that event so as to comply with the event rules.

Crawford, Fairweather and Pickett each broke multiple national age group records over the past week. Each recorded times that would’ve placed them in finals at the 2017 event. New Zealand didn’t participate in the 2017 event in spite of winning 2 medals (1 gold, 1 bronze) in 2015.

The team is also an extremely young team with a 15-year-old, and three 16-year-olds. However they are not without experience – all have been on national teams and Grobbelaar represented South African at the 2018 Commonwealth Games before changing his sporting citizenship.