Swimming To Infinity & Beyond 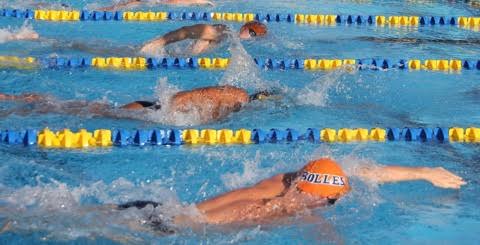 SwimSwam has partnered with Brad Barnes to bring our readers a new, occasional feature focusing on NCAA compliance. Brad is... Current photo via James Daugherty

SwimSwam has partnered with Brad Barnes to bring our readers a new, occasional feature focusing on NCAA compliance. Brad is the Assistant Athletics Director in charge of Athletic Compliance at Texas A&M University and has been an invited speaker at the National Association for Athletics Compliance convention. You can follow his journey through the complex world of NCAA compliance on Twitter @TAMUCompliance.

Swimming and diving have two exceptions, one that applies to the summer (I.e., workouts at the request of a student-athlete) and one that applies 24/7/365, the safety and skill exception. These exceptions, while well intended with respect to the former and justified by safety concerns with respect to the latter, yield a situation in which student-athletes may understandably feel that they are stretched thin in the swim/life balance department. There is no simple solution. Swimmers want to swim and seek instruction as often as they want, but the NCAA wants to make sure those same swimmers aren’t swimming so much that it’s unsafe or not allowing them to succeed academically and have some semblance of a personal life. The collegiate swimming community will need to be engaged over the coming year as the NCAA membership works on finding a negotiated solution on the issue of student-athlete time demands. It’s time to sink or swim.

More from Brad Barnes
See All