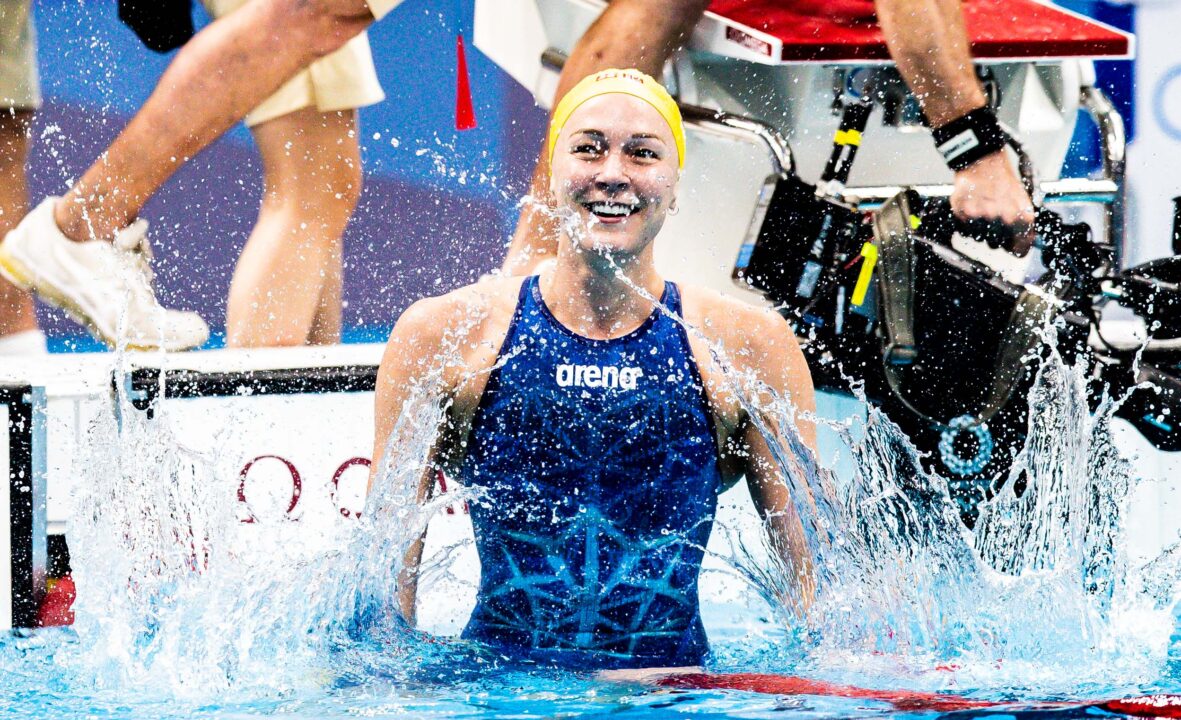 The multi-talented Sarah Sjostrom has closed out the year ranked inside the world's top 10 in the women's 50 and 100 butterfly 13 straight times. Archive photo via Jack Spitser/Spitser Photography

In the last 20 years, we have seen several older swimmers maintain their high-performance level for many years. There are many reasons for this, including more and more swimmers turning pro, the evolution of sports science, etc.

Consequently, many swimmers are able to extend their careers and stand among the fastest swimmers in the world for over a decade. To illustrate that, Swimming Stats’ Instagram page has published the list of swimmers to end 2021 with the most consecutive years in the world’s top 10.

All the names are very well known for their longevity in the sport, the top-ranked swimmer included. Ryosuke Irie has been one of the best backstrokers in the world for a long time. Although he hasn’t been on the podium of Olympics or World Aquatics Championships in an individual event since 2012, he remains an elite swimmer as of today. In fact, he’s ended every year since 2007 among the world’s top 10 in the men’s 200 backstroke, more than any active swimmer.

Curiously, of all the swimmers on Swimming Stats’ list in their respective events, Bruno Fratus is the only one to have won an Olympic medal in Tokyo last year, a bronze in the men’s 50 freestyle.

And where’s Katie Ledecky? In fact, Ledecky has been dominating the women’s 800 free since 2012, and she’s been the number 1 in the event in the last 10 years, a feat that no other swimmer comes close to. But this is a subject for another post.

I know Craig Lord stole the old swimnews world rankings and then trashed them, but I wonder if anybody captured the old archive before he took them down?

If I remember correctly, he swam much-much faster at the Russian trials in 2004 than at the games. At those games was the first time I saw him trying to go 15m under water and had not seen him do that before and I do not think that was the right thing for him.

She was dealing with her divorce that year, raced very little and didn’t swim 400 IM at European Championships.

1
0
Reply
McKeown-Hodges-McKeon-Campbell
Reply to  Sam B

Irie is a legend.

(Also he won bronze/silver in the 2012 Olympics so I think you should say he hasn’t got on a major individual podium since 2012).

Daniel, are you doing those posts specially to overhype your Brazilian friends or what ? 🤔

BTW, your Gomes is known for dolphin kicks throughout his whole career with no olympic medal 👎

Don‘t start me on the 50 freestyle subject, cause there is only one GOAT and his name is CAELEB REMEL DRESSEL aka the fastest human that has ever touched the planet earth 🌍

Who hurt you my man?

Those are facts amigo.

Dressel wouldn’t be on there, hasn’t been in the worlds top 10 for more than 10 years

So in 2026 Dressel will make this list 🙂
Till then cya

As with most things in swimmings, historically-poor record keeping makes “all time” nearly impossible to do. Who were the 10 fastest swimmers in the 200 free in 1928? Nobody knows, and nobody will ever know.

One of them : THE LEGEND Jonny Weissmuller.

Just pick a cut off point where you have the data then.

Or, word it as they do in other sports: “First person to accomplish ‘x’ since at least ‘y’“. That’s what is done in basketball and football, where some stats were only officially recorded after a certain year.