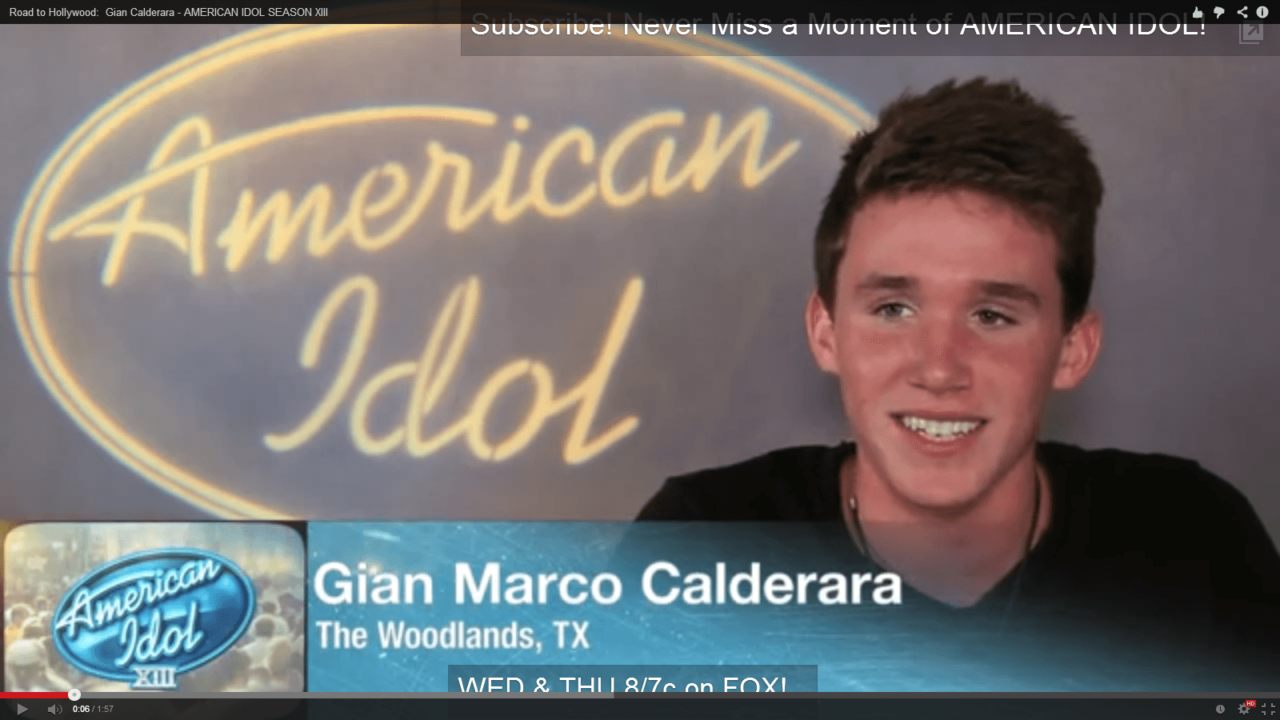 Gianni Calderara of the Woodlands Swim Team, who has times good enough to have qualified him for a swim on the USA Swimming Grand Prix circuit, impressed judges enough to earn a "Ticket to Hollywood." Current photo via Fox

Another in a long line of musically-inclined swimmers, Gianni Calderara of the Woodlands Swim Team has received a “Golden Ticket” on Season 13 of the hit Fox music reality show American Idol.

Competing in the Austin auditions, Calderara was granted a ticket to Hollywood, meaning that he moved on to the next phase of auditions: one of 212 to move on (and one of 35 from the Austin stop).

His little brother, Tommy, is also on the Woodlands Swim Team, and their mom Maureen is an age group coach with the club in the northern suburbs of Houston. Calderara is a strong distance swimmer who races at the Arena Grand Prix meet in Minneapolis; his best times are a 1:47.7 in the 200 yard free, a 4:55.36 in the 500 yard free, and a 10:01.01 in the 1000 yard free (the latter of those times were done as just a 14-year old). Now 16, after missing some time to do the American Idol thing, Calderara is back in Houston and qualified for the region 5-5A final in the 100 fly, where he finished 8th in 53.83.

Calderara, going by the name “Gian Marco Calderara” on the show, was actually featured in about a two minute segment on American Idol’s YouTube channel called “Road to Hollywood.” He received a “yes” from all three judges. That interview can be seen below, followed by some videos from his YouTube channel.