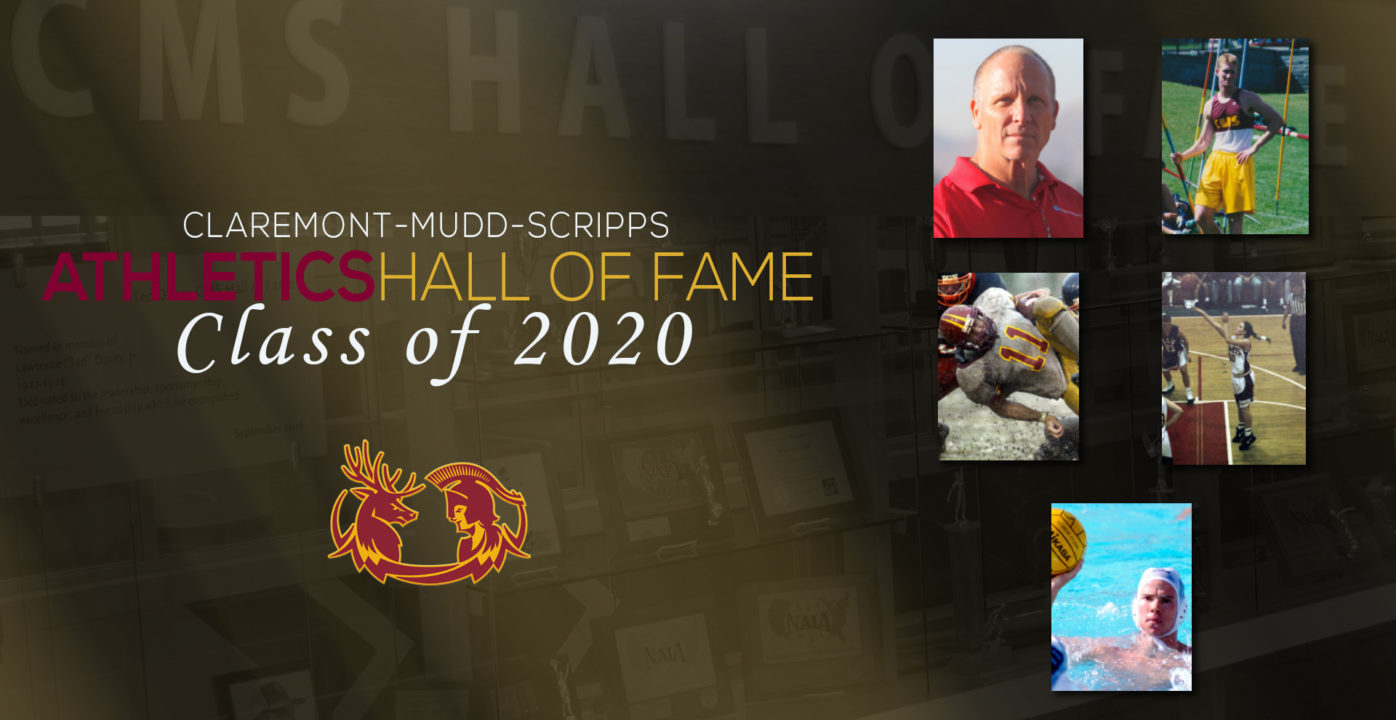 Sprint freestyler Mason Hodge has announced his commitment to join Wheaton College (IL) as a member of the class of 2025.

Karns arrives in North Manchester after serving as the head men’s and women’s swimming coach at NCAA Division II Lewis University for 10 years.

Jacob McCarran of Sewickley, Pennsylvania and Racer X Aquatics has announced his commitment to swim and study at MIT for the fall of 2021.

CMS’ 29th Hall of Fame class will be inducted during the Hall of Fame Ceremony on January 25, 2020 at Claremont McKenna College’s Marian Miner Cook Athenaeum. CMS now has 133 members in its Hall of Fame.

“This record-setting group exemplifies the culture of all-around excellence that we strive for on a daily basis here at CMS Athletics,” Director of Athletics, Physical Education and Recreation Erica Perkins Jasper said. “It’s an honor to welcome this year’s class into the CMS Hall of Fame and celebrate CMS’ rich athletics history.”

Registration for the Hall of Fame event will be coming out later this fall.

Gibson was a three-time All-American in the javelin throw placing sixth nationally at the NCAA Division III Championships in 2001, 2002 and 2003. He won three SCIAC championships, two in the javelin (2001 and 2002), with his third SCIAC individual title coming in the 110-meter hurdles (2003). Gibson set the program record in the javelin as a junior in 2002, throwing 208’4”, a record which still stands to this day. He also ranked fourth all-time in the 110-meter hurdles upon graduation. Nicknamed “Money” by his teammates because he always came through, Gibson left CMS as one of only six Stags who had scored three times in the same event at the NCAA Championships. During his four years on the team, the Stags won the SCIAC Championship each year.

Gocong set the CMS career rushing record with 4,044 yards on 824 carries to go along with 34 touchdowns, which ranked second. In each of his three seasons as starting running back, Gocong ran for at least 1,000 yards and 10 touchdowns. His most productive season statistically came in 2000 when he had 1,740 all-purpose yards and 12 touchdowns, including 1,304 yards rushing. He earned first team All-SCIAC and Team MVP honors three times (2000, 2001, 2002). In 2002 he was selected as the SCIAC Offensive MVP.

A rare three-sport athlete for CMS, “DT” was recognized as an All-Conference performer in volleyball, basketball and track & field. She played four seasons of volleyball and track & field to go along with three seasons on the basketball team (did not compete as a first-year). As an outside hitter on the volleyball team, her list of individual accomplishments included first team All-West Region (1997), first team All-SCIAC (1997), team captain (1997), second team All-SCIAC (1996) and Team MVP (1995 and 1996). In basketball, DT was a second team All-SCIAC performer, captain, Team MVP and recipient of the team’s Top Defensive Player award as a senior. She also was voted as the Top Defensive Player as a junior, and received the Hustle Award as a sophomore. In track & field, DT helped the Athenas finish as SCIAC co-champions in 1995 and 1996. The Athenas were outright champions in 1998. She earned All-SCIAC recognition at the Conference meet in three events: javelin (5th – 1995), discus (5th – 1995) and javelin (6th – 1996). In the discus, DT ranked 10th all-time at CMS when she graduated with a mark of 109’6”. Her senior year, DT was awarded the Berger Prize, the Bill Dickinson Award for Athletics and was named CMS Female Athlete of the Year.

As a member of the CMS water polo team, McKenzie helped guide the Stags to four-straight SCIAC championships and a 40-0 SCIAC record, three WWPA championships and a top-15 national ranking in each season. He was recognized as a second team All-SCIAC performer three times (1985, 1986, 1987), an All WWPA second team selection (1985), and was awarded “Mr. Hustle” (Defense) three times (1985, 1986, 1987). As a senior, he scored half of the goals, including the game-winning goal, in the WWPA championship game that finished in sudden death overtime. He was awarded the “Game Ball” for the effort.