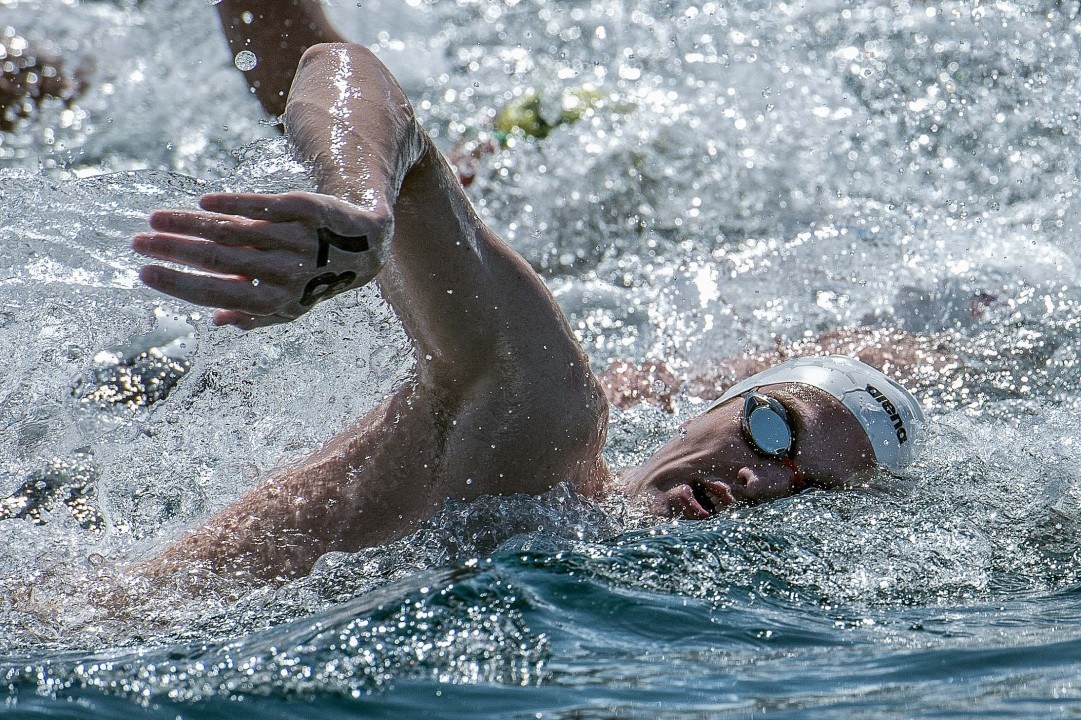 Now in her new book Swim Speed Strokes, Taormina shows swimmers and triathletes how they can swim with elite technique in all four swimming strokes-butterfly, backstroke, breaststroke, and freestyle. The book is now available in bookstores, tri shops, and online. Preview the book at www.swimspeedsecrets.com.

Using crystal-clear photographs and her engaging, straightforward style, Coach Taormina explains the science behind power and speed in the water, explores the elements common to every stroke, and examines stroke technique in detail in individual stroke chapters.

Taormina interviews each athlete and analyzes underwater photos and race stroke data to break down their technique in butterfly, backstroke, breaststroke, and freestyle. From the catch through the curvilinear path and diagonal phase to the power-packed finish phase, Taormina explores the pull patterns to show how any swimmer can improve their own swimming.

As Taormina shows in Swim Speed Strokes, the fastest technique for all four swimming strokes is remarkably similar. One-stroke swimmers will find big improvements in practicing the others, refining their feel for the water, coordination, and stroke efficiency. Whether you want to master every stroke or simply improve on your best one, Swim Speed Strokes will show you how to become the strongest swimmer you can be.

Take the Swim Speed Strokes Quiz! Attached is a stroke identification quiz. The image shows four swimming world-record holders swimming one of the four competitive strokes with their normal stroke technique. None of the photos were staged. Can you tell which arm is swimming which stroke? Find the answers at www.velopress.com.

“Freestyle gone funky on you? Stuck in a rut where you can’t seem to get faster? Swim Speed Secrets could be the cure for the freestyle blues. Master swimmers and coaches at every level can learn something from this book…Both the book and [the Swim Speed Workouts] training program are outstanding.” – USMS Swimmer magazine

“Swim Speed Workouts is the pool version of in-home workout videos. The cards can be used by beginning to experienced swimmers or triathletes training independently of a coach, or provide easy illustrations of drills and tubing exercises for coaches to share with their swimmers.” – USA Swimming’s SPLASH magazine

“The concept of ‘holding’ water and generating propulsion is fundamental to swimming performance, and Sheila’s book clearly unlocks the secrets of this through words and vivid underwater photos. It is what every top swimmer trains and searches for each day at practice, and it is what allowed me to win Olympic medals as a teenager and into my 40s.” – Dara Torres, 12-time Olympic medalist

“There is no one in our sport more accomplished in swimming than Sheila Taormina. She needs no introduction, and she now shares her breakout plan for the fastest freestyle with swimmers and triathletes who need help in that arena.” – Slowtwitch

“As a lifelong coach, the four-time Olympian shares what she’s learned with clarity and authority, explaining all of the small details that go into mastering freestyle.” – LAVA magazine

Sheila Taormina is a four-time Olympian, gold medalist, and triathlon world champion. She is one of a handful of athletes who have competed in four Olympic games and the only woman in the world to have competed in three distinctly different sports-swimming, triathlon, and modern pentathlon. At the unswimmerlike height of just 5′ 2″, Taormina refined her exceptional freestyle swim technique to win a gold medal in the 1996 Olympics and the 2004 ITU triathlon world championship. For two decades, Taormina has coached elite and age-group swimmers and triathletes to develop the strong underwater pull that propelled her to success in her racing career. Taormina conducts dozens of swim clinics around the world each year. For more information, please visit www.sheilat.com.