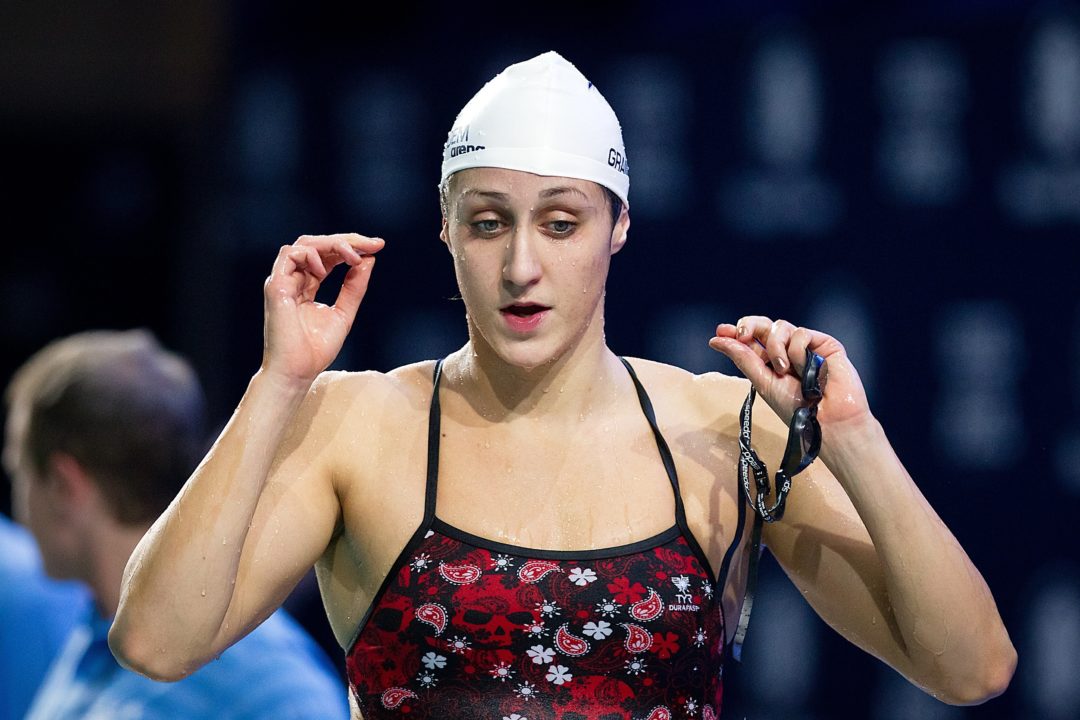 Sweden has parted ways with their National Team coach Greg Salter, according to a press release.

After only two years at the helm (he was hired in early 2010), the Swedish Swimming Federation has made this move very close to the Olympic year; the headline of the release says that he resigned, but within it gives details that he was actually fired. This is not the first federation to seek new coaching very close to zero-hour; Germany also fired their head coach in the last few months.

The reason for the firing was cited as “Swedish Swimming is facing a new phase of development and therefore need to strengthen the national team and elite swimming with new skills.” We can read between the lines and basically determine that the country’s Olympic committee, which has very strict standards for Olympic qualification, is unhappy with the overall development of the program nationwide.

This has been smoke-screened a bit by the relative success of swimmers like Sarah Sjostrom and Therese Alshammar, but the men’s side of the pool is a perfect illustration of how thin the elite ranks are. What may be just as telling is the fact that Salter, who came in with bigtime backstroke credentials, has left the women’s medley relay as one of the best in the world, aside from the fact that the country is absolutely desolate of backstrokers.

Salter took over the job coming from Australia, where he counted Sophie Adlington among his charges. He was recognized as one of the top club coaches down under before making the jump, and was in 2006 a Telestra Coach of the Year finalist.

His interim replacement will be Ulrika Sandmark, who is currently the head coach of Vasby SS, one of the bigger clubs in Sweden. Among her swimmers there include Gabrielle Fagundez, who is on the Swedish National Team (though not yet the Olympic Team).

“Ulrika has broad support in Swedish swimming and we have every confidence that the National Team in peace and quiet will be able to focus on the successful holding of competitions,” says Swedish SSF Federal Director Bengt Jönsson of his new hire.

Sandmark is expected to hold the position until after the Olympics, when a permanent solution will be hired. For now, he will be tasked with leading the 18-strong European Championships squad into Debrecen in two weeks, as that roster was also announced today. This team is much larger than the one we should expect in London, and is hugely lopsided toward the women (14-4, if you’re keeping score).

A telling figure is that the Swedes have sent all three of their women’s breaststrokers to give all a shot at earning their way onto the Olympic Team. There’s currently a good three-way battle for spots in the 100 between Jennie Johansson, Rebecca Ejdervik, and Joline Hostman, with Johansson as the heavy favorite.

On the men’s side there is of course the great Lars Frolander and Stefan Nystrand. They will be joined by three teammates, comprising a squad of five that’s probably more than will be sent to London. That includes Johannes Skagius who broke a National Junior breaststroke record at the Swedish Grand Prix last weekend.

All eyes will also be on USC-trained Stina Gardell in the 400 IM. She is looking to make her stand among the country’s elite swimmers, and despite her National Record at the Fran Crippen SMOC in California a week ago (also a FINA A time), she has not been put on the Olympic squad.

I think that picture’s a little large…

Chris – should be fixed. Davis is working on some cool new features for the site, and we’re working out the bugs. Thanks!

First of all, Sandmark is a woman, not a man.

I think Salter did a good job as head coach for Sweden. He had alot of knowledge for the sport. And i hope he will stay in the sport of swimming.

I aslo think Sweden will do a great championship.
I predicts five medals for Sweden
Sarah Sjostrom in the 100 fly
Jennie johansson in the 100 Breast (Sarah and Jennie will only swim the fist days)
4*100 free relay women
Stefan Nystrand 50 free
Simon sjodin 200 IM ( he is not a “fill out relay swimmer”)

I’m surprised you think Sweden will win medal in women 4×100 free. Who else, apart from Sjoestrom and Alshammar that have broken 54?

I personally think the medal dais will be shared by the Netherlands, USA and Australia. The gap between those three with the rest is actually quite large.

aswimfan – My guess is he’s referring to the European Championships.

Wonder if Dirk Lange is throwing his name into the hat, even though he only recently took the Mexico job.

that’s a good question beachmouse. Think they’d want him so soon? I bet there would be a stigma about picking up Germany’s leftovers that the federation would want to avoid.

stay away from Dirk…he is trouble!

There is a lot more of a smoke screen in place as to the reasons why Salters contract was terminated. How many Swedish swimmers were of world ranking before Salters appointment? He was vocal from the beginning about the lack of depth in the men’s team. Was he expected to conjure up more male swimmers from thin air in 2 years? The overall raport of the Swedish swim team is that of upmost respect and appreciation. It is a select few that have their noses out of joint due to the high probability of themselves not making the Olympic squad due to the strict new qualifying standards. This dismissal reeks of politics and a hierarchy that don’t like hearing the… Read more »