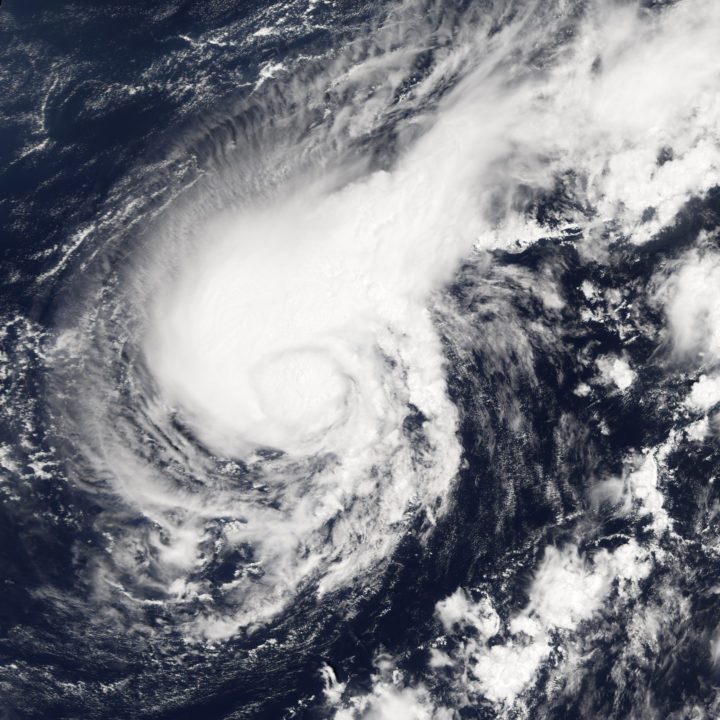 SWAT Swim Team is fundraising to rebuild their pool, the Eastern Shore Aquatic Center located in Daphne, AL after it was destroyed in Hurricane Sally. Stock photo via NASA

On September 16, Hurricane Sally made landfall across the southeast, hammering into parts of Alabama, Florida, and Mississippi. The storm, which was categorized as a category 2 hurricane with winds up to 105 mph tore through the area, resulting in significant flooding and wind damage.

One of the victims of that hurricane was The Eastern Shore Aquatic Center located in Daphne, AL. As a result of the high winds, the building’s 5 main steel support beams gave-way, causing the entire structure to collapse over the pool.

Rich Suhs, also known as “Coach Rich” has been coaching for over 30 years and is currently the head coach of SWAT. When Suhs heard the news about the pool, he said he was devastated.

However, the project is going to be costly, and the pool did not have hurricane insurance, which in coastal states is an expensive policy separate from the standard insurance policies that cover buildings for other disasters.

He said they’re planning on trying to get as much money as possible from FEMA and via other grants, but otherwise it’s largely a community effort. In order to assist in this, the team has created a GoFundMe page, which has raised over $2,000, but that will only cover a small portion of the costs.

The 2020 Atlantic Hurricane Season has been one of the strongest ones in history. With the naming of sub-tropical Storm Alpha, the National Hurricane Center had to utilize the Greek alphabet for only the second time in its history, the only other time being in 2005. As of mid-September, the center had already named 23 storms, with an average season only producing 12.