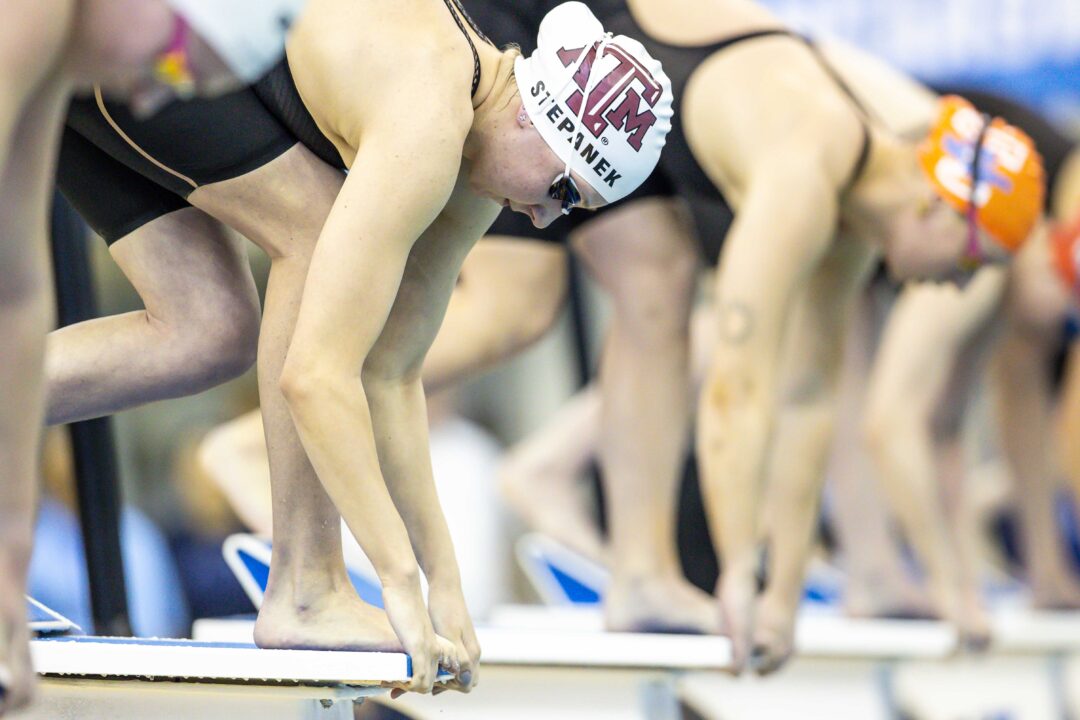 Chloe Stepanek dominated the freestyle events, securing the top spot in the 50 (23.14) and 200 free (1:47.95). Archive photo via Jack Spitser/Spitser Photography

BRYAN-COLLEGE STATION, Texas – The No.16 Texas A&M women’s swimming & diving team concluded its fall slate with a 156-101 victory against Rice Saturday afternoon inside the Rec Center Natatorium. The Aggies claimed the top spot in 11 of the 14 events.

The Maroon & White started the day with a top finish in the 200 medley relay as Jordan Buechler, Charlotte Longbottom, Olivia Theall and Chloe Stepanek clocked in at 1:41.17.

Texas A&M capped off the meet, registering the best time in the 400 free relay as Theall, Mollie Wright, Buechler and Manita Sathianchokwisan swam a 3:25.54.

Up Next
The Aggies return to action as they travel to Auburn on Wednesday, Jan. 4 to compete in a dual meet against the Tigers.

Visit 12thman.com for more information on Texas A&M women’s swimming & diving. Fans can keep up to date with the Aggies Facebook, Instagram, and on Twitter by following @AggieSwimDive.

In Brief —Senior Zoe Spitz swept the backstroke events while fellow senior Lauren McDougall pulled away from the field to win the 100 freestyle but No. 16 Texas A&M swept the remaining events to post a 156-101 dual victory over Rice at the Aggies’ Rec Center Natatorium on Saturday.

Seth Huston—“Lauren McDougall and Zoe Spitz led the team today with some great in-season racing. Now, we look forward to finishing the semester strong academically and our training and competitions when we are in south Florida.”

Up Next—After the completion of final exams, the Owls will compete in the CSCA Open Water National Championship in Boca Raton, Florida on December 18 and then at the FAU Winter Invitational on December 20.