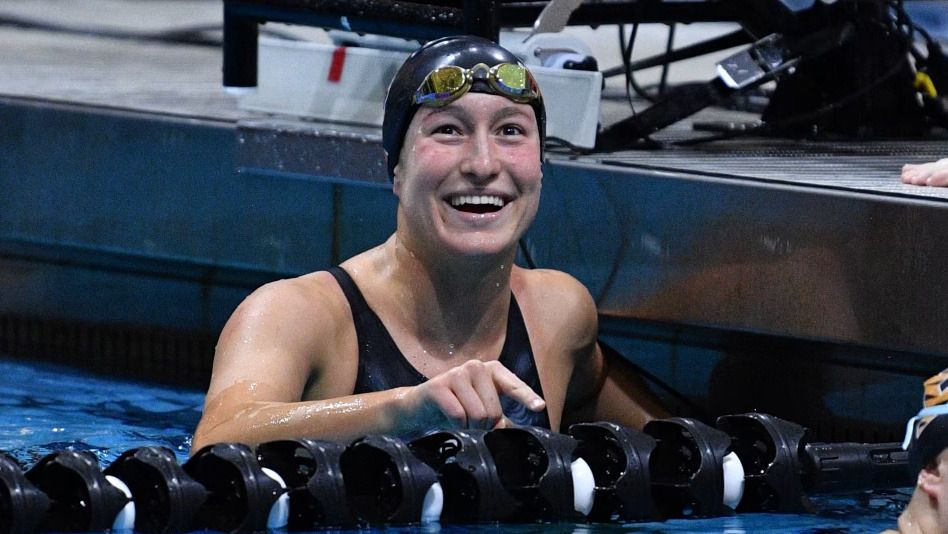 It was a hard-fought victory for the Princeton women, as they scored 1,080.5 points to overcome Utah (999). Current photo via Princeton Athletics

It was a hard-fought victory for the Tigers, as Utah came in second-place with 999 points.

The 100 freestyle was a strong event for the Tigers, as four swimmers made it to the A final. Amelia Liu touched the wall at 50.48 to finish second, Heidi Smithwick at 50.62 to finish fourth, Ela Noble at 51.03 to finish seventh and Caroline Lewitt at 51.22 to finish eighth.

Eliza Brown clocked in at 2:13.90 and earned a fourth-place finish in the 200 breaststroke.

The night ended with a win in the 400 freestyle relay; the team of Johnston, Noble, Smithwick and Lewitt posted a time of 3:20.83 to earn the win. The quartet of Chen, Liu, Korbly and Wheeler also finished sixth after clocking in at 3:25.07.

The Tigers’ closest competitor was Utah, who came in second with 875 points.

Princeton began the night by claiming the top two spots in the 1,650 freestyle; John Ehling finished in an NCAA B cut time of 15:08.17 to win the event, and Dylan Porges, who also earned an NCAA B cut, finished in 15:09.37 to finish second.

The 200 butterfly saw the Tigers earn the top-two spots, with Raunak Khosla earning an NCAA B cut and winning the event in 1:43.42, while Nicholas Lim also earned an NCAA B cut and finished second in 1:44.98. Peyton Werner finished 11th in 1:47.84.

In the platform diving, Joe Victor finished second with an NCAA Zone cut score of 384.90. Taso Callanan also finished sixth, after earning a score of 282.20.

The night ended with the 400 freestyle relay, where the Tigers earned two out of the three top finishes. Tudoras, Feyerick, Khosla and Walther finished second in 2:53.82, while the team of Hunger, Sabovic, Swartwout and Lim finished third in 2:56.80.

This appears to be a press release from Princeton?

You are missing some NCAA qualifying times that are ranked in the top 10 including some top swims by student athletes and relay times by other teams. Why no meet recap SwimSwam?

I heard there were 3 top 8 swims in the country at this meet. #justiceforbigal