Statesmen Open Up Big Lead At NSISC Championships, West Florida Women Out Ahead 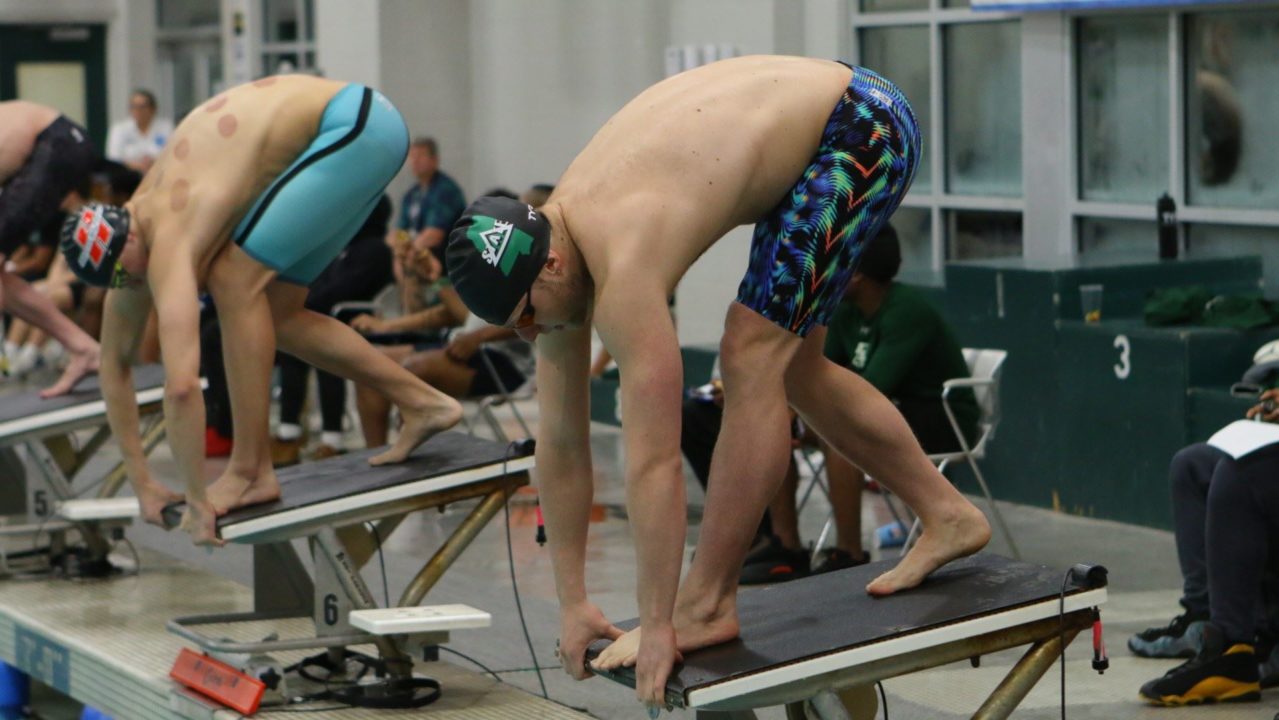 The Statesmen and Lady Statesmen continue with day three of the NSISC Championships tomorrow. The prelims begin at 10 a.m., with the finals starting at 5 p.m.

CLEVELAND, Miss. – The University of West Florida swimming and diving team increased their first-place lead on day two of the New South Intercollegiate Swimming Conference Championships. UWF leads the field with 597 total points at the halfway point. Delta State is in second place with 520 points. Ouachita Baptist (191 points) and Texas-Permian (159 points) are followed by Montevallo (155 points) and Henderson State (143 points) to round out the rest of the field.

West Florida started the day off with a first-place finish (1:34.37) in the 200 Freestyle Relay by Argos’ Ester Rizzetto, Caitlin Tierney, Abigail Williamson, and Aubrey Miller.

In the 400 IM Finals, UWF had six different swimmers finish in the top eight. Yael Danieli led the way placing second (4:24.97) and Olivia Hadaway followed her in third-place with a time of 4:28.76.

Freshman Stefanie Markwardt placed third in the 100 Butterfly with a finals time of 56.41. Katelyn Balent came in fifth by posting a 56.67.

The Argos ended the day with a second-place finish (3:49.31) in the 400 Medley Relay by Miller, Ayers, Markwardt, and Williamson.

Friday will feature the 500 Free, 100 Back, 100 Breast, 200 Fly, 1m Diving and conclude with the 800 Free Relay. A swimming prelim session will begin at 10 am, and the finals session will start at 5 pm at the Ronnie Mayers Aquatics Center.