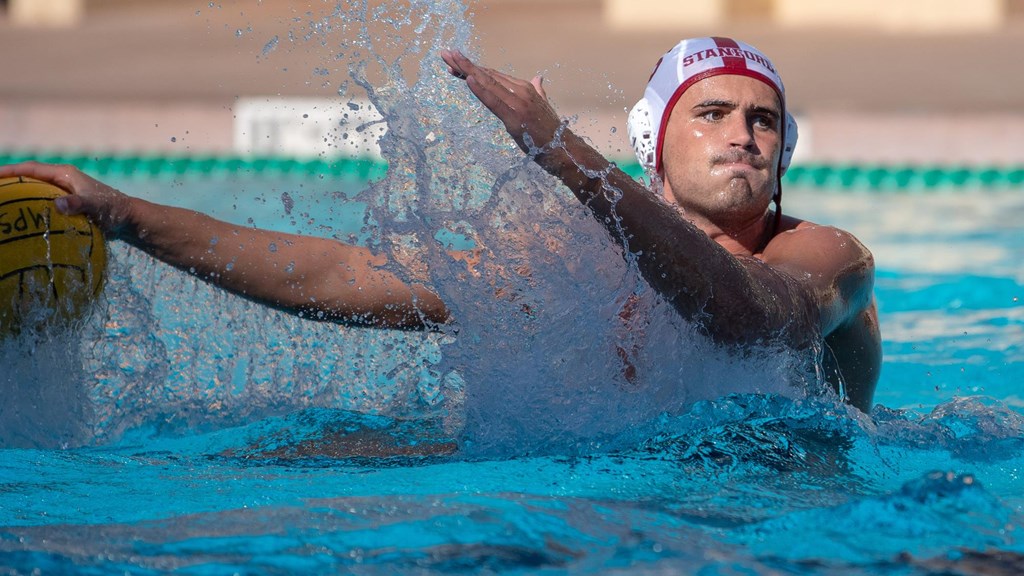 Stanford water polo player Ben Hallock was named the recipient of the 2020 Peter J. Cutino Award after leading the Cardinals to an NCAA Championship, Archive photo via Stanford Athletics

Stanford junior Ben Hallock was named the recipient of the Peter J. Cutino Award during an online ceremony.

The award is given to the nation’s top collegiate water polo player, recognizing their outstanding dedication and effort in the sport. Named after former UC Berkeley and The Olympic Club of San Francisco Water Polo coach Peter J. Cutino, the award has been presented by USA Water Polo and the Olympic Club since 1999.

With this, Hallock becomes only the fifth man to win the award multiple times after winning it for the 2018 season as well, and the second Stanford player to do so after Tony Azevado won the award for 4 consecutive seasons in 2001-2004.

In his acceptance speech posted to USA Water Polo’s YouTube channel, Hallock said, “It’s hard to express my feelings on being the Cutino Award winner for a second time. I am so thankful to the Olympic Club and the Cutino family for their continued support within the water polo community. To be recognized by the water polo coaches around the country is an honor.”

During his season at Stanford, Hallock led the team in goals (73) for the third straight season and scored multiple goals in 18-of-22 matches, including five or more goals in seven of those matches. He is Stanford’s active leader in career goals (194) and sits eighth all-time in program history. (Stanford athletics)

He also helped lead the Cardinal to their first NCAA Water Polo National Championship since 2002, and was named the tournament MVP after a hat trick during the championship game.

Last year, Hallock won the men’s award alongside fellow-Stanford player Mackenzie Fischer. The Olympic Club, which sponsors the award said that they are uncertain as to if there will be a women’s winner this year due to the fact that the season was cut short because of the coronavirus pandemic.