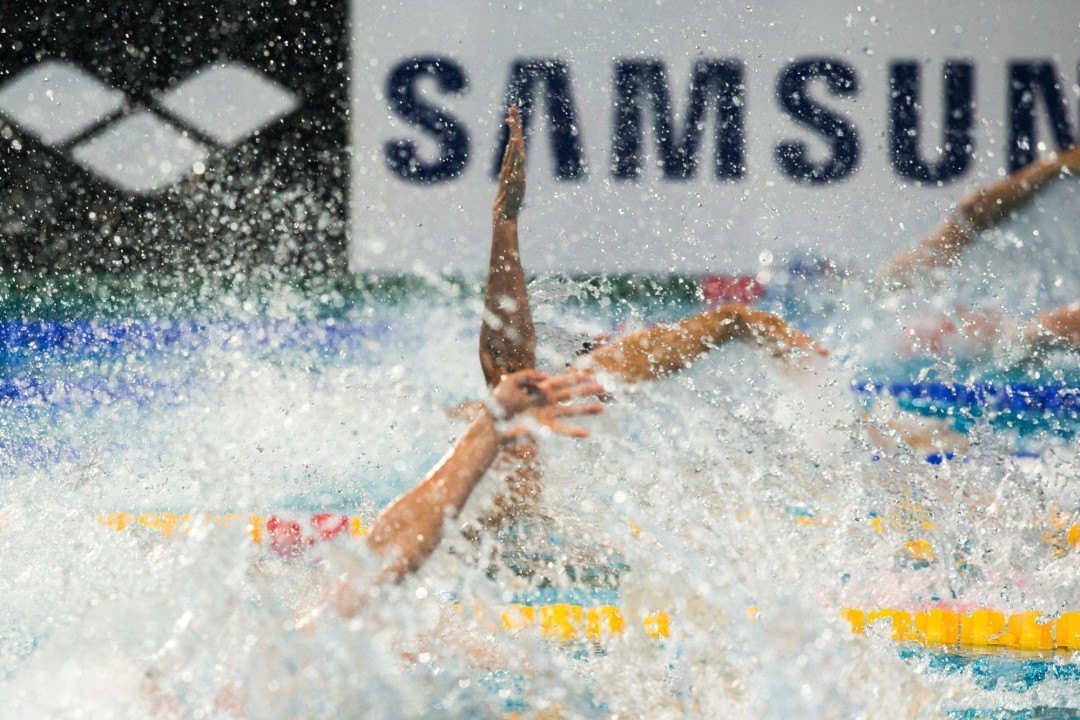 The Saint Francis swimming team travels to LIU Brooklyn this weekend for two meets. On Friday, the Red Flash and Blackbirds will swim an exhibition meet at 6 p.m. Stock photo via Tim Binning/TheSwimPictures.com

LORETTO, Pa. – The Saint Francis swimming team travels to LIU Brooklyn this weekend for two meets. On Friday, the Red Flash and Blackbirds will swim an exhibition meet at 6 p.m. On Saturday, the teams compete again in an official meet, beginning at Noon at the Steinberg Wellness Center.

The Red Flash, led by Head Coach Rory Coleman, enters this weekend with a 5-4 record, including 1-1 in the NEC, while the Blackbirds own a 2-0 overall record and a 1-0 conference mark.

Lafferty, Reilly and Rogers combined with Natalie Tedjasukmana(Anaheim, Calif./Mater Dei) to set a pool-record in the 400-meter Freestyle Relay with a time of 4:04.27. The Red Flash also placed second in the 200-meter Freestyle Relay with Reilly and Rogers teaming up with Sara Dieterich (Ronkonkoma, N.Y./Connetquot) and Alicia Tiberino (Potomac, Md./Winston Churchill) for a pace of 2:02.37.