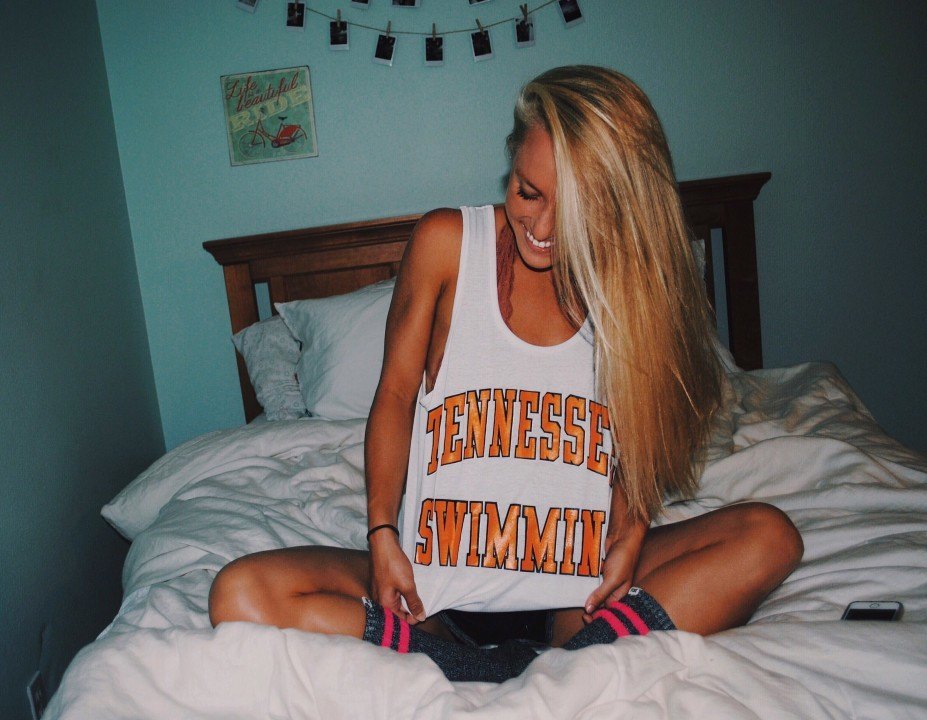 Spence Atkins will follow in the footsteps of her mother, a former collegiate All-American swimmer, and join the women’s swim...

Spence Atkins will follow in the footsteps of her mother, a former collegiate All-American swimmer, and join the women’s swim team at the University of Tennessee.

“I am so unbelievably excited and proud to announce that I have committed to The University of Tennessee!” Atkins proclaimed. “I am so blessed to be a part of such an amazing team and I can’t wait to see what the next four years have in store for me. I’m so thankful for everyone who has helped me along the way; it’s SO great to be a Tennessee Vol!”

Atkins comes from the heralded distance program at the Sarasota YMCA in Florida – one of the top prep distance programs in the country over the last half-decade at least.

Atkins doesn’t have any one really weak stroke, but this will count as another feather in the growing distance group led by associate head coach Tyler Fenwick (he also got Taylor Abbott, one of the top men’s distance recruits in the class).

Atkins will also have a shot at the Volunteers’ 800 free relay as a freshman. Their entire from SEC’s last year are seniors this season.

Atkins is a second-generation Tennessee Volunteer. Her mom is the former Tillie Patterson, who was a three-time All-American for the Volunteers in 1983 and 1987 and still ranks 11th in school history in the 100 yard fly. Her 55.80 set a school record in 1987 by more than half-a-second.

Great choice! Congrats! You are a hugh valued to the Tennessee swim program and the university. I am so proud of you. You have history and tradition to be proud of in Tennessee. Always to strive to do your best, in swimming, education, and life, you will shine!!! Den

Congratulations Spence!!! So proud of all that you have accomplished and I know you will have great successes with the Tennessee Volunteers!!