South Carolina Prepared To Take on Auburn At Home 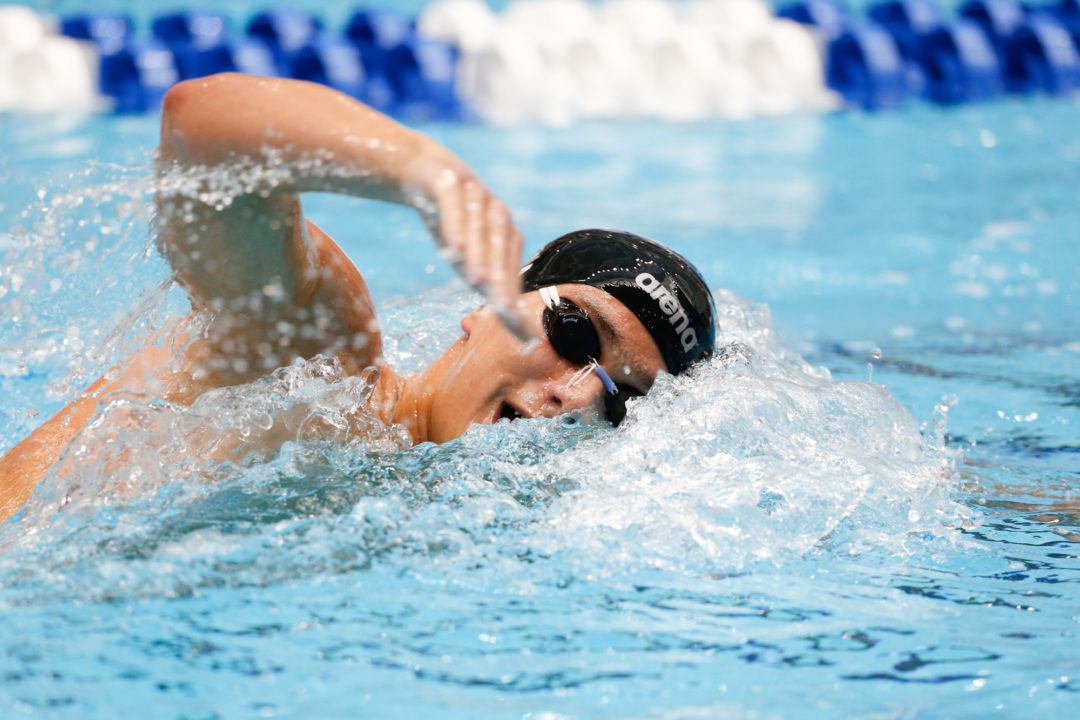 South Carolina swimming and diving is set to face its third Southeastern Conference (SEC) opponent of the season on Saturday. The No. 20 (men) and No. 22 (women) Gamecocks will compete against the Auburn Tigers, whose men and women are both ranked ninth, in the Carolina Natatorium. Current photo via Tim Binning/TheSwimPictures.com

South Carolina swimming and diving is set to face its third Southeastern Conference (SEC) opponent of the season on Saturday. The No. 20 (men) and No. 22 (women) Gamecocks will compete against the Auburn Tigers, whose men and women are both ranked ninth, in the Carolina Natatorium. The meet will begin with diving at 10 a.m. and swimming events beginning at 11 a.m.

The Gamecocks come off an exciting home opener versus North Carolina, where the men earned a 168-132 win over the Tar Heels. South Carolina’s women have had a strong start to the season, standing 3-2 with a 2-0 conference record going into this weekend’s meet.

South Carolina has been recognized twice this season by the SEC in weekly awards. Senior Julia Vincent earned the first conference recognition in week three when she was chosen as the SEC Female Diver of the Week. The award came after the Gamecocks’ meet at Cincinnati where Vincent broke two pool records with 333.07 on the 1-meter board and 370.35 on the 3-meter. Her 3-meter score still stands as the fourth-best score in the nation going into week five.

Freshman Gamecocks have made an impact for the team in the first half of the fall season. Newcomers hold 14 of South Carolina’s top-five scores in individual events this season. Grant Summers has been a standout freshman diver, earning the SEC Male Freshman of the Week in week four after taking first place on both diving events against North Carolina.

Both the men and women are ranked in the CSCAA/TYR Top 25 for the first time since then end of the 2015-16 season, which marked the first time in program history that both teams were ranked. The men stayed in the top 25 at No. 20 after a 15th-place finish at the 2017 NCAA Championship. The women jumped ten spots from the preseason to land at No. 22 in the most recent poll, their first top-25 ranking since they checked in at No. 22 at the end of the 2015-16 season.

Auburn leads the series against the Gamecock men 12-1 and against the women 8-0. The last matchup between the two teams took place Feb. 1, 2014, at Auburn’s James E. Martin Aquatics Center. The Gamecocks took home six first-place finishes in the pool and two on the boards before falling to the No. 10 Tiger men 170-124 and No. 15 women 177-118.

Admission to Saturday’s meet is free with doors opening at 10 a.m. Live results from the meet will be available here. Fans are encouraged to follow the Gamecocks on Twitter and Instagram, @GamecockSwim, to stay up-to-date with all things South Carolina swimming and diving.