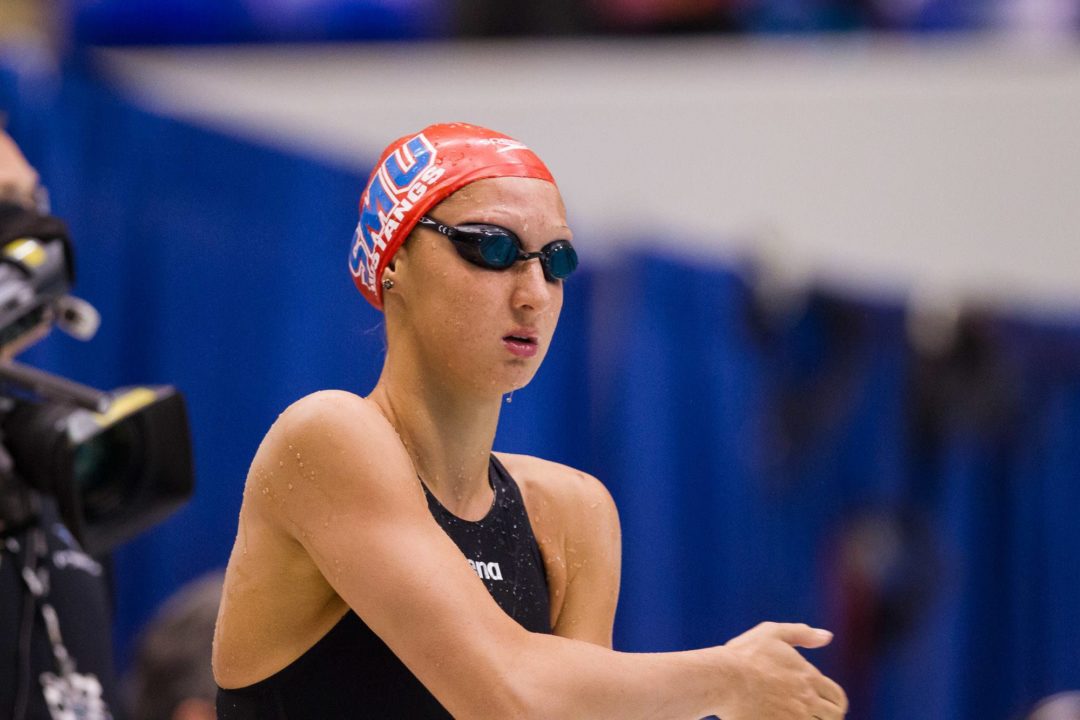 The SMU men’s and women’s swimming and diving programs have earned the inaugural Team Academic Excellence Award for their respective...

Each conference sport honors one team based on the grade-point average of each student-athlete who appeared on an institution’s roster as of the last contest of that sport’s championship segment.

On July 11, both teams also earned College Swimming Coaches Association of America Scholar All-America honors, posting a 3.40 team GPA on the women’s side and 3.25 on the men’s side. As individuals, 10 student-athletes were named CSCAA Academic All-Americans.

Nina Rangelova highlighted the selections on the women’s side as a first-team honoree, while Isabella Arcila, Ursa Bezan and Nathalie Lindborg earned honorable mention accolades.

On the men’s side, six were recognized as honorable mention selections for their work in the classroom including Nicolai Hansen, Bryce Klein, Ryan Koops, Tyler Rauth, Matt Roney and Tucker Wells.