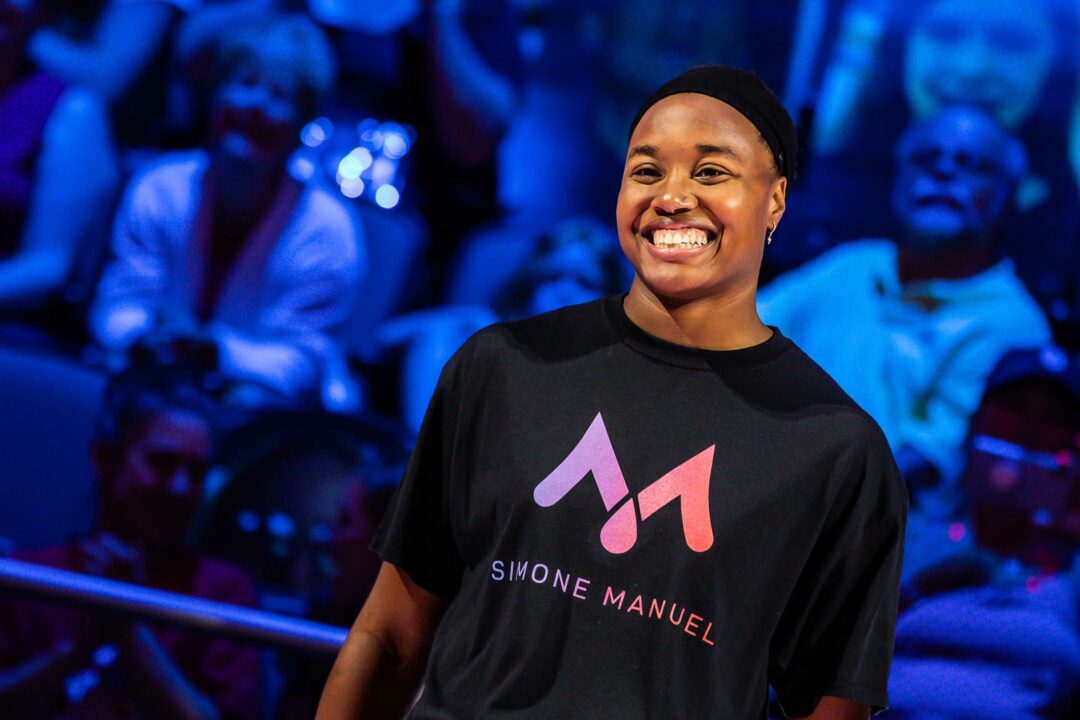 The news comes after earlier in the day, she unveiled that she would be joining the pro group at Arizona State following a long training and competition break since the Tokyo 2020 Olympic Games.

The 26-year old Manuel, who doesn’t post often about her relationship on social media, is engaged to Franklin, who played free safety on the Stanford football team while Manuel was a member of the school’s swimming & diving program. Franklin majored in Urban Studies at Stanford and currently works as an engineer.

Manuel has been out of competition since the Tokyo 2020 Olympics last summer, where she competed in the U.S. women’s 4×100 free relay and the individual women’s 50 free. Her journey to get onto the Olympic Team was a tenuous one, as Manuel revealed at the U.S. Olympic Trials last June that she had been diagnosed with Overtraining Syndrome, a condition in which the training one is doing outpaces their body’s ability to recover. OTS can have long-lasting effects, and since the announcement, Manuel has pulled back on her training and step away from competition since then.

Absolutely love the old school polaroid photos. The whole hidden photog/pre-planned to the nth proposals for Instagram are a bit much for this genXer. She’s a public figure so there’s some announcing going on, but I like how much we DON’T see. What we did get was sweet and genuine. Congrats to her and her future husband.

I saw this post before I saw the other one. Real roller coaster, for me.