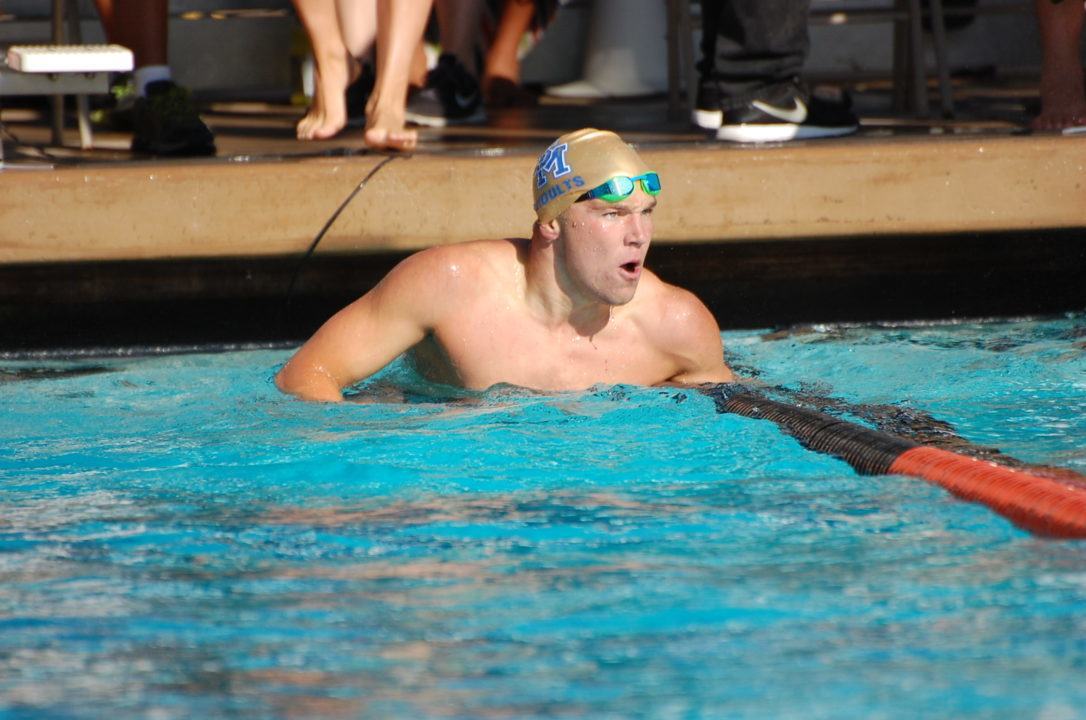 He becomes the first male swimmer to win this award, with most of its recipients being football or basketball players. Notably, American swimming legend Janet Evans won this award in 1989, a year after she won 3 golds at the 1988 Seoul Olympics.

Shoults had two incredible performances at the CIF-Southern Section Division I championships in mid-May, breaking two different national high school records. He first unloaded a 1:33.26 in the 200 free to bust Maxime Rooney‘s hours-old mark of 1:33.70. He then took down the 500 free record with a 4:12.87, taking a full second off of Jack Conger‘s old record.

A soon-to-be freshman with the Stanford Cardinal, Shoults will compete at the Olympic Trials this month in Omaha to try to earn a spot on the 2016 USA Olympic Team.