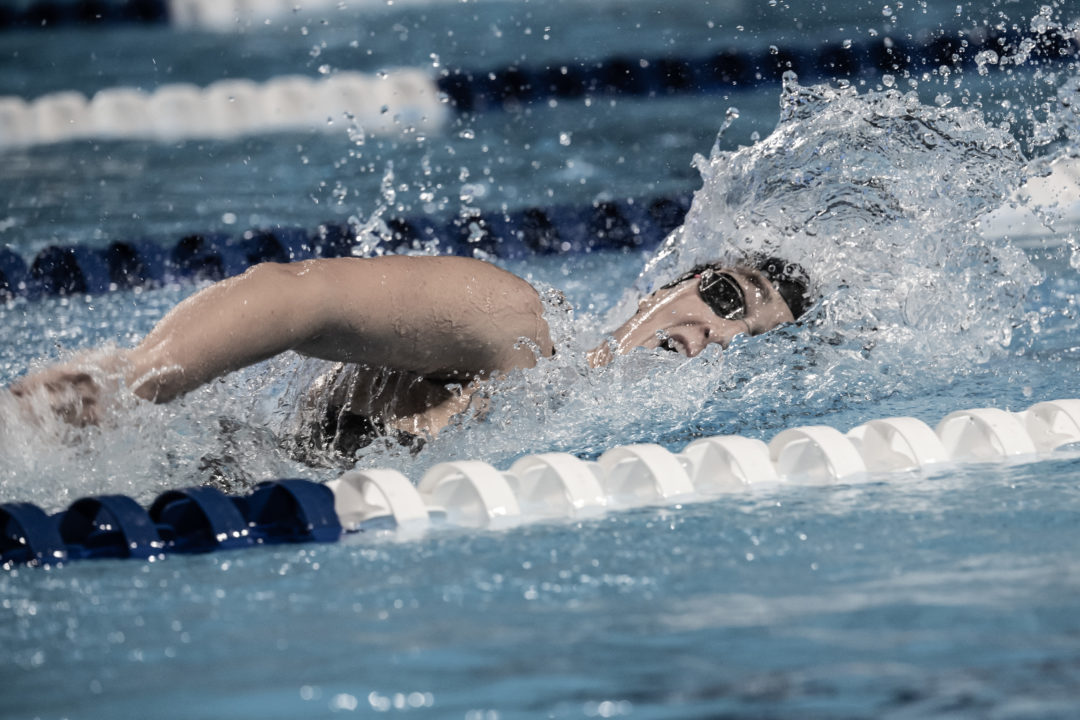 Be sure you’re following @surge.strength on Instagram for the recurring SURGE Strength Technique Tuesday to learn more about dryland technique.

Here are some swim-specific at-home exercises that will be crucial in continuing to improve your technique and power while stuck out of the water.

Make today the day that you finally join coaches from all over the world that are enrolling now to become dryland certified.

Psychology of Pain: Let’s Talk About Talking About Pain

Does the way you talk about and predict pain and discomfort influence how much pain you end up experiencing? (Spoiler alert: It does.)

There is no controversy for the 50 meter freestyle sprints, where all men and women use shoulder-driven freestyle technique with a high stroke rate. In the middle and distance freestyle events, the vast majority of women swimmers still prefer to use the shoulder-driven technique.

Prior to 1972, the best women distance swimmers of the world, like Debbie Meyer, used a pretty-fast-stroke rate (90/minute or higher), shoulder-driven freestyle technique with a six-beat kick. That all changed in the 1972 Olympic Games when a young Australian swimmer, Shane Gould, won the Olympic gold medal in the 400 meter freestyle using a newer, faster-stroke-rate, shoulder-driven technique and a two-beat kick. I call it the 2-100+ Club – 2 beat kick with a pulling stroke rate of 100+/minute.

For over three decades, the 2-100+ Club had illustrious members, such as Shirley Babashoff, Janet Evans, Brooke Bennett and Laure Manaudou. All of those swimmers had superfast stroke rates and two-beat kicks. It became the distance freestyle technique for women.

After the Olympic Games of 2004, where Laure Manaudo won the gold medal in the 400 meter freestyle, it was as if suddenly women remembered that they had legs. In the 400 meter freestyle in the 2008 Beijing Olympic Games, all finalists but Laure, including Katie Hoff and winner, Rebecca Adlington, had gone back to a 90-stroke-rate, six-beat-kick, shoulder-driven freestyle technique. The differences between these swimmers and Debbie Meyer were that they all had better kicks, stronger pulls, much better head and body positions, and slick (polyurethane) suits.

In the 400 meter freestyle of the 2012 Olympic Games, two taller swimmers, Allison Schmitt and Camille Muffat, developed such strong kicks that they slowed the stroke rate down even more to the 70-80/minute range, utilizing a hip-driven freestyle technique. Very few women have the tools to use that technique well for middle or distance freestyle events. The other Olympic finalists in 2012 used shoulder-driven freestyle technique and all eight women utilized six-beat kicks.

In the 800 meter freestyle final in London in 2012, we began to see a newer technique emerge, the hybrid freestyle, used by Katie Ledecky. Hybrid freestyle had become more popular with men, such as Phelps, Lochte, Lezak and many others. Whenever Katie would breathe to her right, she used the loping, galloping freestyle (hybrid) technique. Yet, during the few times Katie breathed to her left in that race, she immediately reverted back to the 2-100+ technique with a two-beat kick and a superfast stroke rate for those few strokes; a technique she had used as a young developing age-group freestyler. After 2012, I don’t believe she ever used the 2-100+ technique in major competition again.

Today, virtually all of the elite women use a six-beat kick with their freestyle technique. Even swimmers that are hanging on to the 100+ stroke rate, like Leah Smith, are doing so with a softer six-beat kick, not a two-beat kick. Except for a few exceptionally tall, fast kickers, like Allison and Camille, who used a hip-driven technique, or Katie, who uses a hybrid freestyle, the remainder of women should use shoulder-driven freestyle technique. The stroke rate should start at around 90/minute for the longer events of 200 meters and up, then increase to over 100/minute for the 100 meters and over 120/minute for the 50 meter sprint.