Shoulberg: “I haven’t done anything wrong” 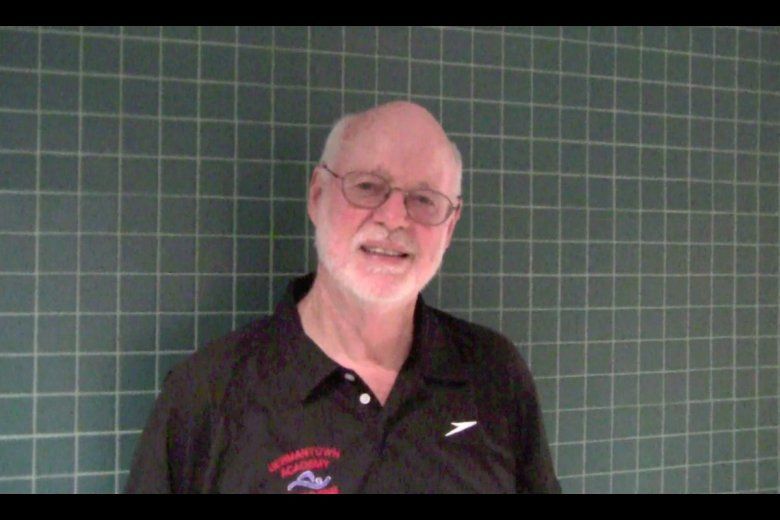 For the first time, long-time Germantown Academy head coach has spoken out on the reasons for his leave of absence, though he gave few specifics. Archive photo via Katrina Radke

For the first time since leaving the pool deck almost two months ago, Germantown Academy head coach Dick Shoulberg spoke on the record to Philly.com about what he’s terming a ‘leave of absence’.

“I haven’t done anything wrong, other than being 741/2 and looking people in the eye and telling them, ‘You’re wrong,’ ” Shoulberg said to the Philadelphia Enquirer. ”

“I know I’m old. But I’m efficient and old,” he said. “My girls’ team last year broke the [national] record” in the 400-yard freestyle relay.”

On November 15th, Claire Crippen and Chris Lear were officially announced to the team as interim head coaches, marking the first time since the program started in 1969 that anyone other than Shoulberg held a title of head coach for the teams.

Neither the school or Shoulberg have elaborated on the specific circumstances (we were able to confirm the interim appointments with school officials, but little else). There have been allegations of bullying and hazing within the team, and while there has been some suggestion from Germantown alumni that this is related to Shoulberg’s absence, we have been unable to draw a link between the two from any official sources.

Shoulberg’s desire to remain a part of the Germantown program is strong based upon his comments. He also told the Enquirer that “I have no desire to ever coach anywhere but GA…I’ve been offered positions – ‘Come coach with us now.’ No. I’m GA. That’s it. I’m not changing anything in my life.”

He spoke that even if it was in a reduced role from head coach, he just wanted to continue to be a part of the program that he spent over 40 years building into one of the country’s most revered high school programs.

I don’t know Coach Shoulberg, met him once briefly at an ASCA convention. I do know one of his former swimmers very well and he told me about some of his sets that sound insane and I’m sure he’s tough, that works for some kids and not for others! Either way, I heard a great quote once that I’ve never forgotten!

“The problem with parents in swimming is, sometimes they just get in the way of swimming!”

Just another club with power issues that just happened to affect a great coach!

I am a 69 year old masters swimmer and Coach. Being from Penna I have known Coach Shoulberg my whole adult life. He has been unstinting in his time when I was setting up some dryland programs for some local colleges. He is a true legend in blending dryland training with swimming fast. I don’t know what has happened at GA but I would suspect it goes deeper than some spoiled kids. Let’s be honest, spoiled kids don’t last long in competative swimming. I think we should all push hard for his reinstatement and hope he is alloweed to finish this great career with dignity and on his own terms. Jim Green

So reading between the lines – some kids couldn’t get their acts together and Shoulberg was the scapegoat – how is that any different than what I said? Forget holding the kids accountable….just blame the coach! When little Suzy or Bobby can do no wrong, we all have lost.

The fact of the matter is, there are people who are more apprised about the situation that yourself and you need to understand that the school is acting this way because there is more to this than the public knows. All I will say is, there was SERIOUS abuse involved within the team, the situation was handled by Shoulberg and GA , and now there are detectives and the District Attorney involved, and the school has been gagged by lawyers. Trust me when I say there is more to this than Bobby or Suzy stamping their feet because they didn’t get their way. Stop blaming the kids for not having their act together, because the fact is, it took a… Read more »

I am sadden by this news and hope the students who were involved are truly healing and receiving the support they need. GA is a place I consider home. While Shoulburg is a legend, GA is a school I know first hand puts its students first and foremost. The school may have had to make a difficult decision based on the severity of the incident. With that said, I Hope and Pray that GA will reconsider and reinstate Shoulberg as head swimming coach. He has coached and inspired countless swimmers, is as genuine as anyone can be and is a respected leader among our community. His dedication to our school should be proof enough.

I have known Dick Shoulberg for 49 years. At the age of 4
he was my first coach at Mermaid Lake. I can’t say much more about
Dick that hasn’t already been so eloquently put in the letter: “an
Open Letter, An Open Life” written by Chuck Warner and the notes to
follow his letter. Please check out, SHARE, LIKE and SIGN the
petition on the two new links to help support the reinstatement of
Coach Shoulberg to Germantown Academy.
https://www.change.org/petitions/germantown-academy-reinstate-dick-shoulberg
and https://www.facebook.com/reinstatedickshoulberg

This makes no sense – and the comment above doesn’t make
any sense – about very serious issues that no one knows about but
somehow resulted in Shoulberg being fired. He was a wonderful coach
– and always taught me to look out for the next generation of
swimmers (that was back in 1989 when he coached me on the National
Team). This whole situation stumps me – he’s touched so many lives
– that’s why so many people across the country are wondering
why…

Mary Ellen,
Shoulberg has not been fired, he is on a leave of absence. As to the serious issues, GA AND Shoulberg dealt with them. We as parents are baffled as to why the next step of him being placed on leave occurred. I don’t want to overstep my boundaries here since minors are involved.

As a parent of a student who attends and swims at GA, I feel I need to speak about the tenor of the comments that are being posted. Many of them have speculated that the issue is with affluent and overbearing parents who are demanding that their child be given a leg up. This only proves that the people who post these comments have no clue as to how Shoulberg runs his program- he would never stand for petty nonsense and the school doesn’t either. I’m tired of the comments saying that rich spoiled kids attend these schools and are stamping their feet when they don’t get what they want. We are a family that scrapes by to put our… Read more »

Bill, GA is a private school so they can play by a different set of rules than a public school does. Yes, shame on them but I think they don’t really care especially if budgets are tight and they can get two younger coaches for the price of one older coach.

As S. Gomez stated, most school administrators do not understand swimming or swimmers. Most school administrators want a successful swim team but even then, they along with many of the students in the school, cannot fathom why swimmers do what they do. One of my law school buddies told me that when he was in high school and college, he and his wresting teammates hated swimmers because they… Read more »