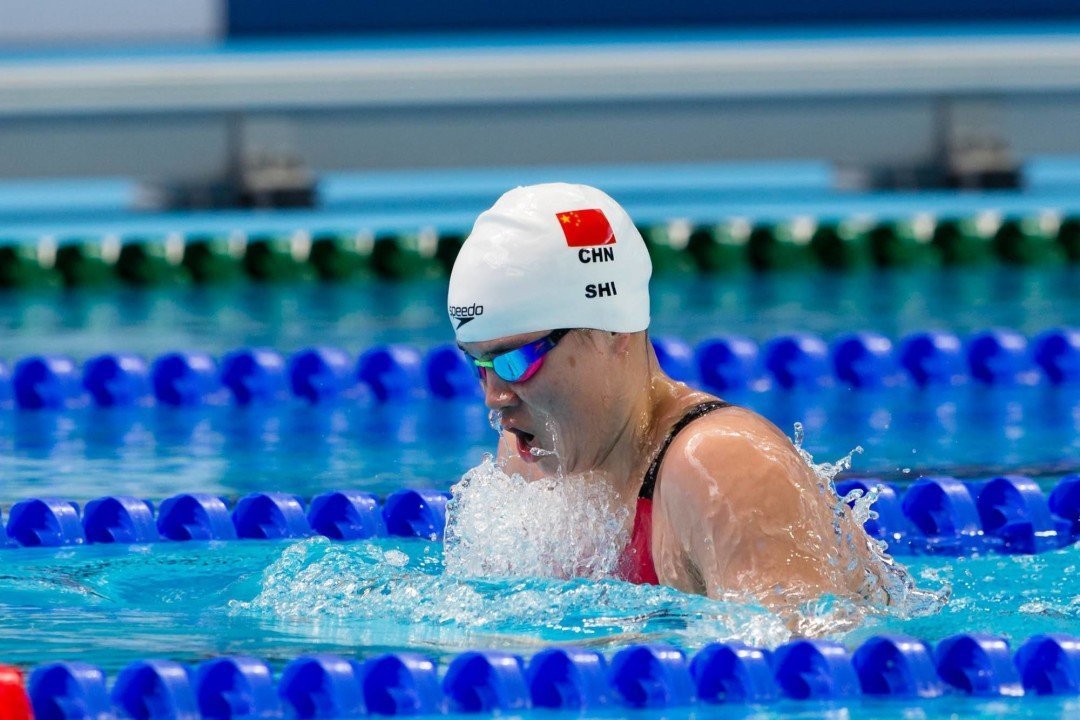 Shi Jinglin rose from the second seed to win the women's 100 breaststroke at Chinese Olympic Trials, hitting the world's #4 time in the process. Archive photo via Tim Binning/TheSwimPictures.com

Shi, a finalist at last summer’s World Championships, went 1:06.29, blowing away her 1:07 semis swim and vaulting to fourth in the world. Shi could turn out to be effectively ranked higher than that, given that world leader Yulia Efimova recently tested positive for a banned substance and could be facing a suspension that would wipe her name off the world leaders list and off the list of Rio medal contenders.

In the men’s 100 back final, Xu Jiayu shaved a hundredth of a second off his season-best to win gold.

Xu was 53.38, bettering the 53.39 he put up at the Aquatic Super Series back in February. Xu didn’t have to do much to win the event in China, topping runner-up Li Guangyuan by almost a full second. Xu still sits at #8 in the world rankings:

Junior world record-holders Li Zhuhao and Zhou Min each paced semis of their own races. Li topped the men’s 200 fly in 1:56.61 (about a second off his junior mark, but a full second ahead of the field) and Zhou tied Olympic champ Ye Shiwen as the top qualifier in the women’s 200 IM in 2:13.14. That’s a much better swim for Ye than her 400 IM, where she finished 22 seconds off her world record, but is still about five and a half second off the time she went in winning Olympic gold in the 200 IM in 2012.

Fu Yuanhui must have gotten the YE infection lol

During the March 4, 2016 Southern Premier meet in Knoxville, American MHannis clocked a 1:06.16 in the hundred breaststroke against KMeili. SJinglin would be positioned 5th, immediately behind MHannis and ahead of LKing in the world rankings. Unless UEfimova’s name is deleted as a result of her second positive drug test.

Is the Chinese swimming federation referring to the FINA A times when deciding the swimmers on their roster or do they have separate qualifying times akin to Japan/France/Great Britain?

Anyone know where the Chinese team will train prior to Rio?