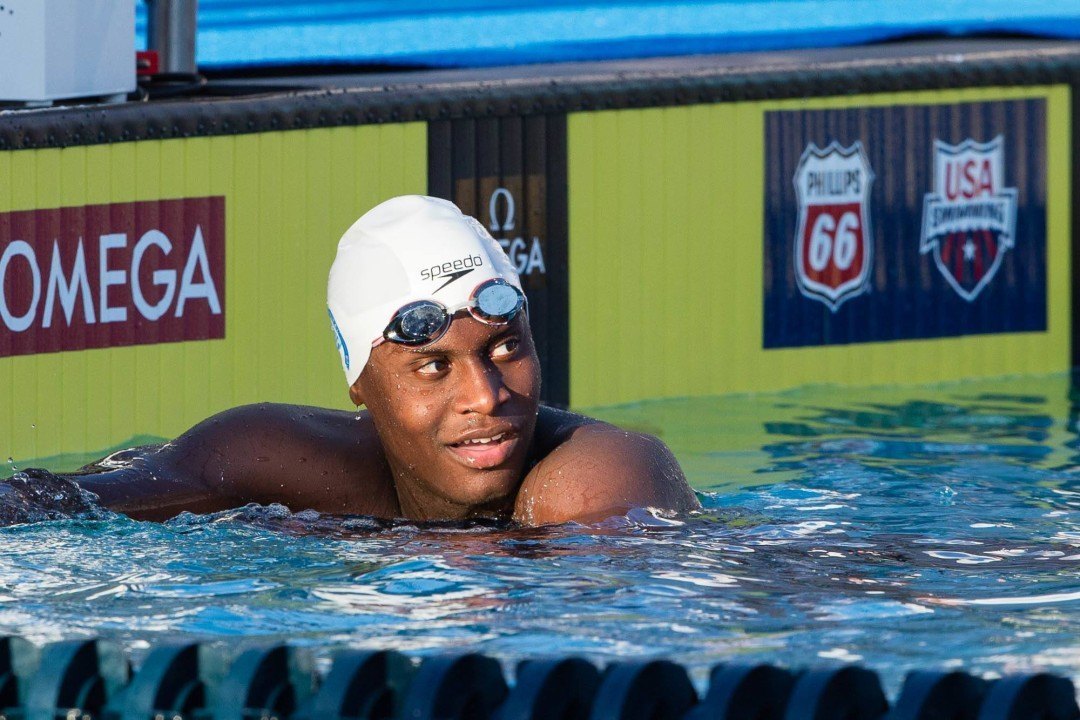 The boys 6A meet was all about keeping up with the Jameses, as James Murphy and James Jones each won two individual titles and combined for two relay titles in their senior sendoff seasons.

Murphy broke the 6A state record in the 200 freestyle twice, besting the old mark in prelims and finals. He wound up winning in 1:37.42, with Stonewall Jackson junior Sam Pomajevich also getting under the old record at 1:37.79.

Instead of defending his state title in the 500 free, where he already holds the state record, Murphy elected to swim the 100 backstroke, winning by more than a full second in 48.99.

Both are big-time Division I prospects, with Murphy joining Stanford next year and Jones heading to Michigan.

The two combined with junior Roman Lowery and sophomore Peter Brukx to win the 400 freestyle relay. Murphy led off in 45.42 and Jones was nearly identical on the anchor leg at 45.49 as Robinson went 3:08.39 for the win.

Cumberland had the field’s best backstroke split at 23.71, and Ross led all freestylers with a 20.48.

The other all-time state record went to James Madison’s Grayson Campbell in diving. He scored 607.60 to break the 6A and all-time records.

On the girls side, Robinson senior Hannah Baker went 4-for-4 to help her team win the 6A trophy.

Also doubling individually was West Potomac’s Cassidy Bayer. The sophomore successfully defended her state titles in the 200 IM and 100 fly, going 1:59.59 in the former and 53.30 in the latter. Her IM time was just a half-second or so off her own state record, but she was .9 seconds away from Janet Hu’s state record in the butterfly.

Bayer also split a blistering 23.91 on the fly leg of the 200 medley relay to join Alexandria Puskar-Beckett, Holly Jansen and Jenna Martin as state champs. The team went 1:45.46, about a second off the state record.

The only swimming state record fell to Jacquee Clabeaux of Chantilly in the 100 breaststroke. Clabeaux went 1:01.51 for that Class 6A record, with Jansen also getting under the old mark in 1:01.83.

Diver Hailey Fisher also broke the 6A state record in diving with a score of 447.10 for Mount Vernon.