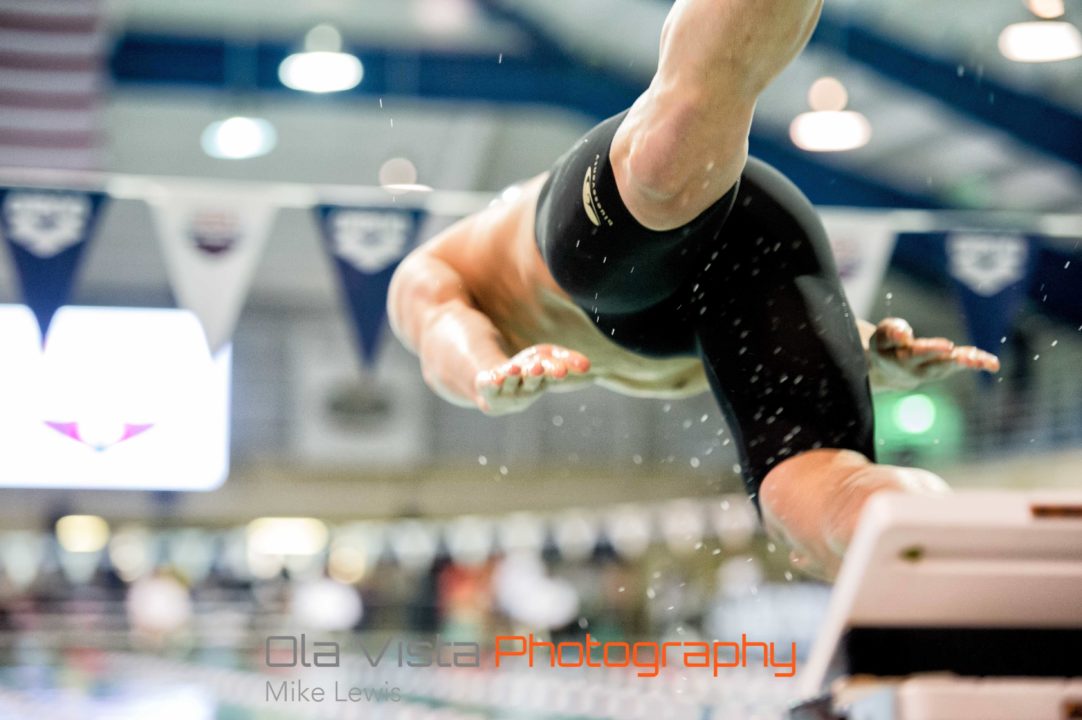 Mahoney engaged in a spirited battle with Minnesota’s John Bushman through that 200 breast, eventually pulling away to win in 1:55.10. Bushman was 1:56.43 for second as the two buried the rest of the field.

Mahoney also dropped a 53.88 breaststroke split on the 400 medley, a good four seconds better than the next-closest swimmer, to help Terrapins win the relay. Also on the team were Maxwell Bottene, Evan Brock and Nathan Barsanti, and the foursome went 3:21.06.

On the women’s side, Clovis got two more wins from Kansas alum Danielle Herrmann. The 27-year-old pro completed a sweep of the breaststroke races, going 2:11.23 to win the 200, and also split 59.77 on the 400 medley relay to help Clovis win.

Also on that relay: Stephanie Bartel, Caitlyn Snyder and Skylar Elkington, and the team went 3:44.34 to blow out the field.

Another repeat winner from Friday night was Barrington, Illinois product Kirsten Jacobsen. The 17-year-old went 4:44.94 to blow out the 500 free field after winning the 200 free a night earlier. Second in the 500 was Friday’s double-winner Tevyn Waddell of Mitchell Aquatics (4:52.57).