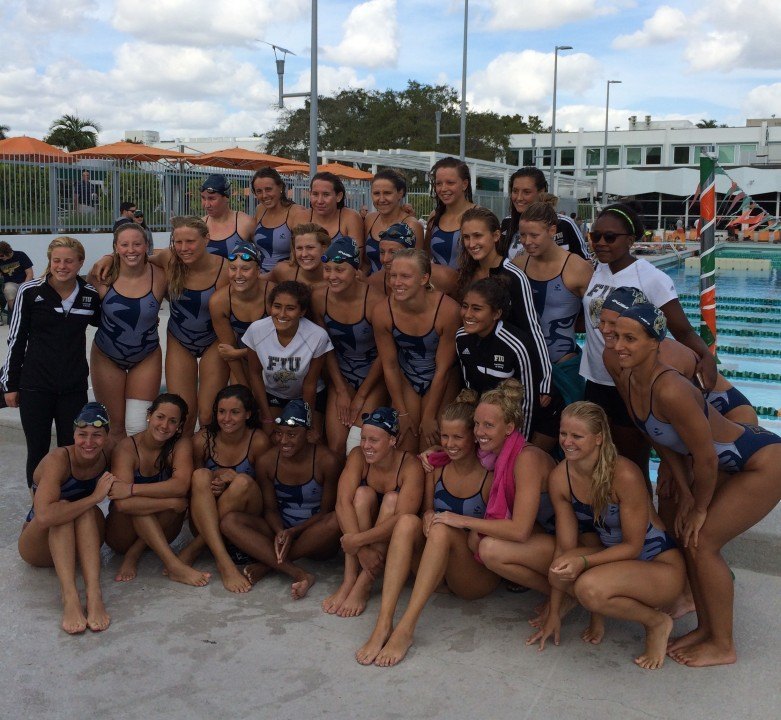 According to local ABC affiliate WPBF, a pair of Florida International University swimmers participated in the rescue of a woman caught in heavy currents in February.

Junior Jessica Chadwick and freshman Chase Harris noticed a pair of swimmers struggling in waves as high as 6 feet and a strong rip-current and sprang into action. Chadwick called out to the struggling woman to grab onto her foot, and then “swam as fast as she could to shore,” according to the report.

Harris made further attempt to help another man, who was with the woman, but was unable to make that rescue.

Both swimmers scored as part of the team’s title-winning effort at the Conference USA Championships in February, including a 4th-place finish in the 100 breaststroke from Chadwick (1:02.80).