A Mother’s Support A Key To Schooling’s Success 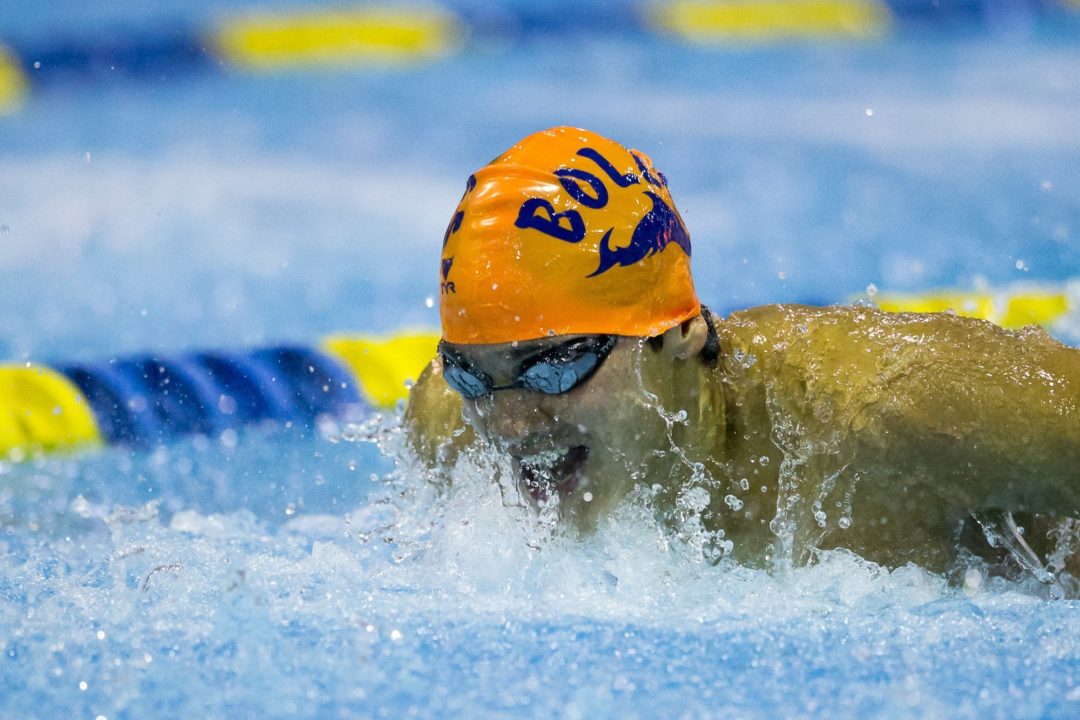 Joseph Schooling has had an extremely impressive start to his swimming career . The 18 year old competed for Singapore at... Current photo via Melissa Lundie

Earlier this fall he also set a National Independent and overall high school record in the 100 butterfly SCY posting a time of 45.52.

To accomplish so much at a young age Schooling has shown strength and perseverance training 10,000 miles away from his home in Singapore at the Bolles School in Florida.

Where has he learned these qualities? Where else, but from his mother.

A mother that is his biggest supporter, advocate and a parent that has high expectations of her son in and out of the pool. Her example and high expectations are a tremendous source of inspiration and learning for Schooling, but it is not what drives his pursuit of excellence on the international stage, “He wants it. I didn’t force it on him, unlike some of the kids here whose parents are the ones pushing them,” May Schooling tells Yahoo Sports Singapore. “The passion comes from Joseph.”

The biggest evidence of her own perseverance when it comes to her son’s swimming career is what she had to do to convince the government in Singapore to allow Joseph to defer his National Service responsibility.

The National Service in Singapore requires all 18 year old to serve 22-24 months Full Time National Servicemen (NSFs), either in the Singapore Armed Forces (SAF), Singapore Police Force (SPF), or the Singapore Civil Defence Force (SCDF). Schooling became the first athlete to be allowed to defer that responsibility so that he can train uninterrupted in his quest to win a medal at the 2016 Olympics.

May began the process to ensure that her son was able to have the necessary time to needed to achieve his goals in 2010 explaining to those in charge that she had no intention of her son getting out of his duties, but only to postpone them so that he could bring greater glory to the nation that her family loves, “They asked if he can serve six months (three months of basic and vocational training each) then go back to the States to train,” May revealed to Yahoo Singapore.

“I told the MINDEF people very clearly: I’m trying to teach my son to be loyal to this country,” said May. “But why should he be loyal to a country that doesn’t even support him when he wants to achieve swimming success for (it)?”

“In fact, if you represent the country and make people stand for your flag, you’re doing a ‘national service’,” she added.

“He can come back and do (NS) when he finishes swimming,” said May. “It’s okay to get him into the pool of soldiers. Not a problem.”

She has a very good point since Singapore does not have a history of success at the Olympics. In 2012 they won two bronze in table tennis, in 2008 they won a silver in the same sport, which was the first Olympic medal that the country had won since 1960.

And it is not only through the eyes of his mother that Schooling can achieve his lofty goals, but two of the sport’s legendary coaches, Gregg Troy and Bill Sweetenham, wrote letter’s in support of Schooling stating their belief in his abilities.

Schooling’s profile has increased tremendously in Singapore and he is now not only seen as national hope in swimming, but as a representative of all sports. When speaking about the situation May expresses the expectations she has of her son as a outside of the pool, “I told him, you’re a public figure, you better behave yourself,” said May. “People are ever-ready to criticise. They’ll forget you’re still a kid and will just pick on your faults.”

At the 2012 Olympics Schooling had to deal with adversity in his 200 butterfly prelims swim as the officials told him at the last minute that he could not use the cap and goggles that he had prepared for the race, a situation he was not happy about tweeting, “Right before I had to swim the officials tell me I can’t use TYR… thanks for messing my swim.”

An attitude that May did not agree with and in fact she was happy he had to deal with that type of situation early in his career, “I told him: your goggles cannot (sic)? Then throw away the goggles,” she said. “They can’t stop you from swimming without goggles. There’s no rule to say you must wear goggles.”

“I didn’t make it easy for him. I didn’t pity him. I told him, you have to learn to deal with it,” May added. “He’s very competitive (now) because I always ‘give’ it to him since young (sic).”

There is no doubt that Schooling’s successes in the past few years are only the beginning of what should be a wonderful career, a career that through the support and example his family provides can only enhance his chances of success.

So, if we see PsychoMama name around here we should assume it is Joseph’s mother? Glad to see I am now alone. Phew.

Behind (almost) all very successful athletes (in individual sports in particular) there are parents who pushed hard but pushed smart – not too much to turn them off, but enough to keep them going. That is our responsibility if we see our kids have talent to succeed.

This is about as perfect a comment as I could have possibly imagined.

Yes psychodad. You and momma Schooling are birds of a feather…

Anyone who knows Joseph and May also knows that Joseph has an incredibly supportive and loving father who has quietly helped shepherd Him to a successful young career while making sure all of the success, and challenges, are Joseph’s. Cheers, Colin and “Darling.”

Must be the ‘pork lard’.