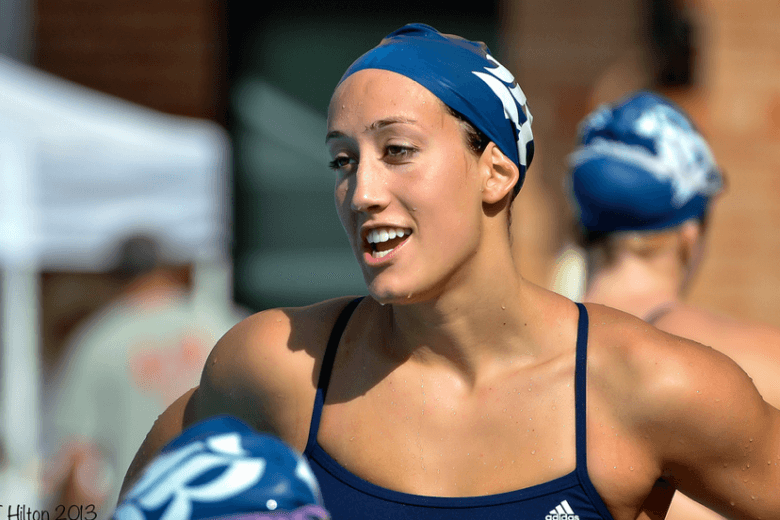 Rachel Moody (above) and Casey Clark each broke Rice School Records in primary events on Saturday at the UIW Christmas Invitational. Archive photo via James Hilton

While most of the country is rushing home to finish up last-minute Christmas shopping this weekend, swimmers from 5 programs are pushing forward through competition at the annual University of Incarnate Word Christmas Invitational.

On the women’s side, besides the hosts, participants include women’s-only programs from Rice, North Texas, and Houston, while the men’s side is effectively a dual, in invite format, between Incarnate Word and Missouri S&T.

On the women’s side of the meet, the Rice Owls were dominant, opening up a 500-point lead through day two of the three-day meet.

That was fueled by two school records: one from Rachel Moody, and the other from 2014 NCAA qualifier Casey Clark, who is having another monster season.

That swim beat her own record of 52.85 done at the 2013 Phil Hansel Invitational, and based on history should be enough to get her into NCAA’s.

For Moody, the record-breaking came in the 100 yard breaststroke. She started in prelims just missing her own school record of 1:01.16, and in finals she slid just underneath it going 1:01.15 to take the win.

For the host Cardinals, Ukrainian freshman Alona Kyselova just missed the School Record in the women’s 400 IM, swimming a 4:14.41. That’s within half-a-second of the school record set in 2011 by Casey Hurrell-Zitelman when she won the NCAA Division II Championship, before the Cardinals began their transition to Division I.

For North Texas, Mona Groteguth had a strong second day at this meet. After finishing 4th in the 100 fly in 56.00, the highest non-Rice placer, she came back in the women’s 100 yard backstroke with a 55.08. That’s within a tenth of what she did at this meet mid-season last year, with this being basically a second winter invite for the Mean Green every season.

As for the Houston women, swimming their first meet under interim head coach Keith Dawley, there were no wins through two days of competition, but the Cougars did show off good freestyle depth with second-place finishes in both the 200 free relay (1:34.99) and the 800 free relay (7:42.43). That 200 free relay result is the team’s best time this season and included four underclassmen.

On the men’s side, the highlight of the night was a 49.71 from Incarnate Word’s David Moore in the 100 fly.