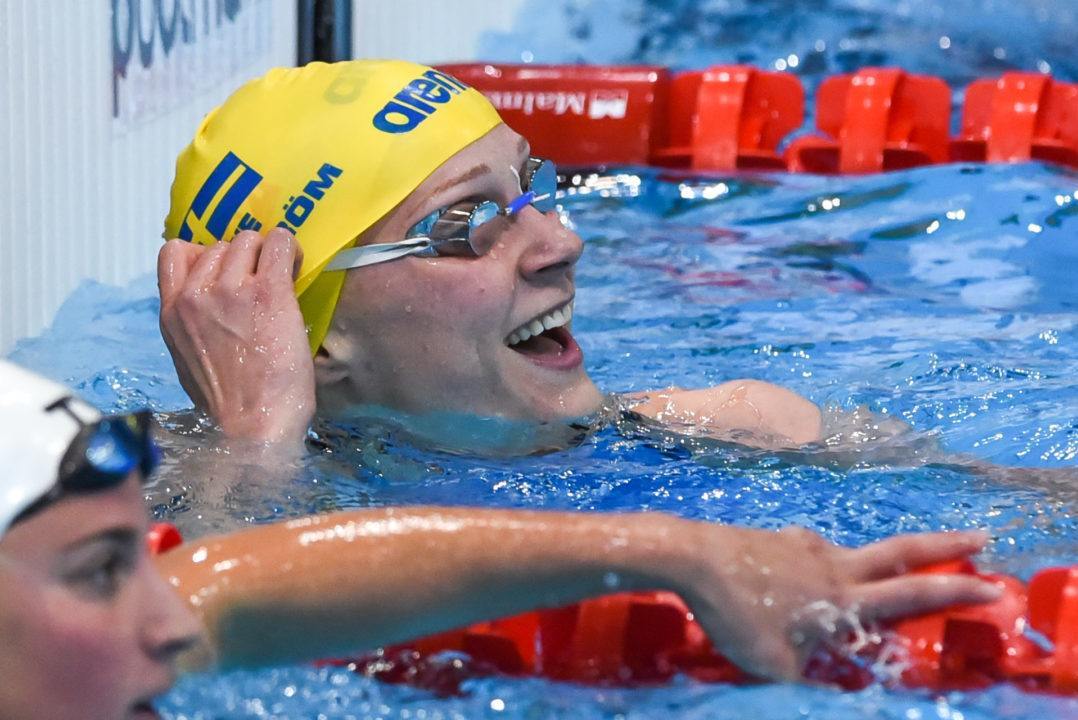 Sarah Sjostrom put up a meet record in the women's 100 fly in 56.12 to qualify first for the final. Current photo via Peter Sukenik/www.petersukenik.com

Sweden’s Sarah Sjostrom continued her dominant showing at the European Championships on day 4 with an impressive 56.12 in the women’s 100 butterfly semi-finals, breaking Jeanette Ottesen‘s meet record of 56.51 set at the 2014 Championship in Berlin. Sjostrom’s swim also checks in as her 6th fastest time ever, and the 8th fastest of all-time, not bad considering she’s reportedly untapered.

Sjostrom will seek her fourth European title in the event tomorrow as she was the champion in 2008, 2010, and 2012. In 2014 she was out-touched by one one-hundredth of a second by Jeanette Ottesen for the gold.

Sjostrom was actually out faster at the 50 than she was in her world record swim, which is a positive sign heading into the final tomorrow.

Here’s a look at the top eight all-time swims, six of which belong to Sjostrom:

Ottesen qualified 2nd behind Sjostrom in 57.38, and Ilaria Bianchi of Italy qualified 3rd in 57.47.

Sjostrom’s swim of 55.68 from March remains as the top swim in the world this year. Her world record of 55.64 will be on high alert tomorrow night.