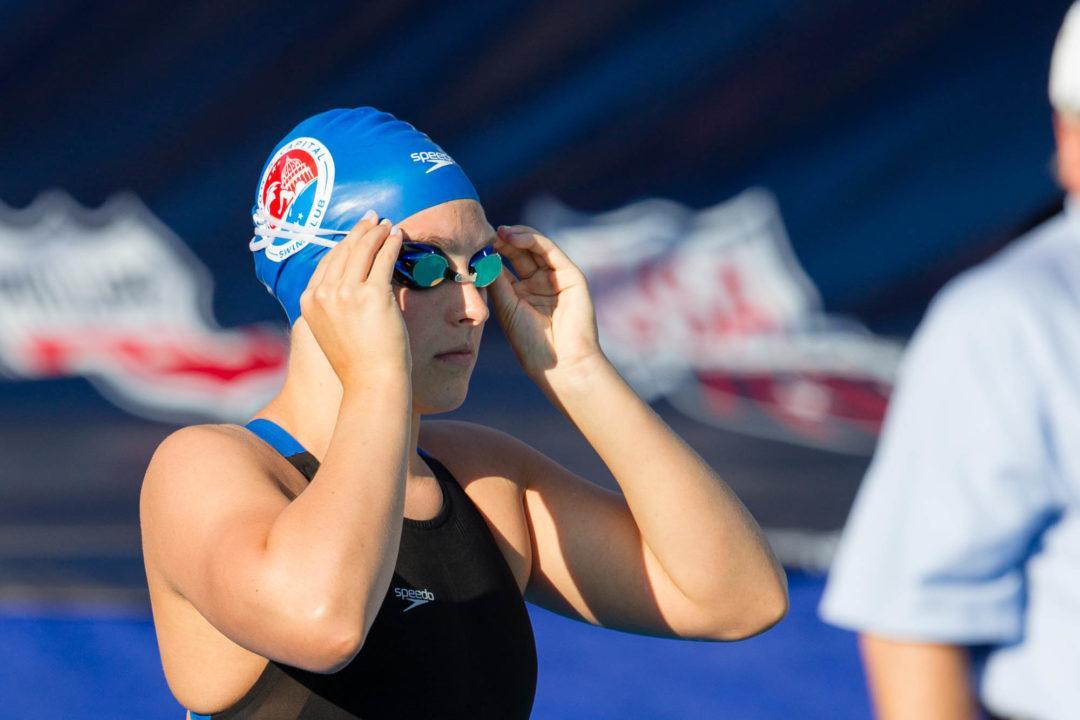 National Age Group Record holder Isabella Rongione has verbally committed to the USC Trojans. Rongione is just completing her junior year of high school and will join USC in the fall of 2017.

happy to announce my verbal commitment to swim at USC starting in 2017!! #fighton pic.twitter.com/0Rpcd3D9hd

She will join fellow phenom, international-caliber swimmer, and class of 2016 commit Becca Mann, who joins USC this fall.

While Rongione doesn’t give much focus on short course swimming, the NCAP swimmer has already posted NCAA-qulaifying worthy times as young as 14 and 15 years old.

While Rongione’s best time in the 800 free, her best Olympic event, is almost three years old, she was faster at 13 in that event than was her NCAP training partner – the current World Record holder Katie Ledecky. At the time, Rongione trained with the FISH.

While USC head coach is nicknamed “Sprint Salo” (which is the title of his book), USC’s credentials for producing distance swimmer are equally as impressive. 2012 Olympic silver medalist in the open water 10k Haley Anderson trains at USC, freshman Elizabeth Stinson won the Pac-12 title last year in the 1650 free, and junior Chelsea Chenault took the conference crown in the 500 free this past season.

When combined with Mann and Rongione, USC will have one of the most feared distance groups in the country, training under the  guidance of Salo and his head assistant coach Catherine Vogt, who specializes in distance training.

“She will join fellow phenom, international-caliber swimmer, and class of 2017 commit Becca Mann, who joins USC this fall.” Becca Mann is a Class of 2016 commit, not 2017.

Miss Rongione has stalled for a few years now. I thought she would improve a lot while training at NCAP with Katie Ledecky but it didn’t happen like that so far.
Hopefully she has not peaked when she was 13 or 14 and can surprise us with good olympic trials.

she has been an outstanding swimmer her entire career. It’s very difficult to stay at the top during the age group years and continue into the high school years. You have to handle many things like puberty and how your body handles it, avoid or deal with injuries plus the pressures of sometimes just wanting to be a “normal” kid and not have to go to bed early because you have practice in the morning. Everyone’s career has ups and downs and challenges. I don’t know the girl but to get an offer from USC tells me she is still on the right track.