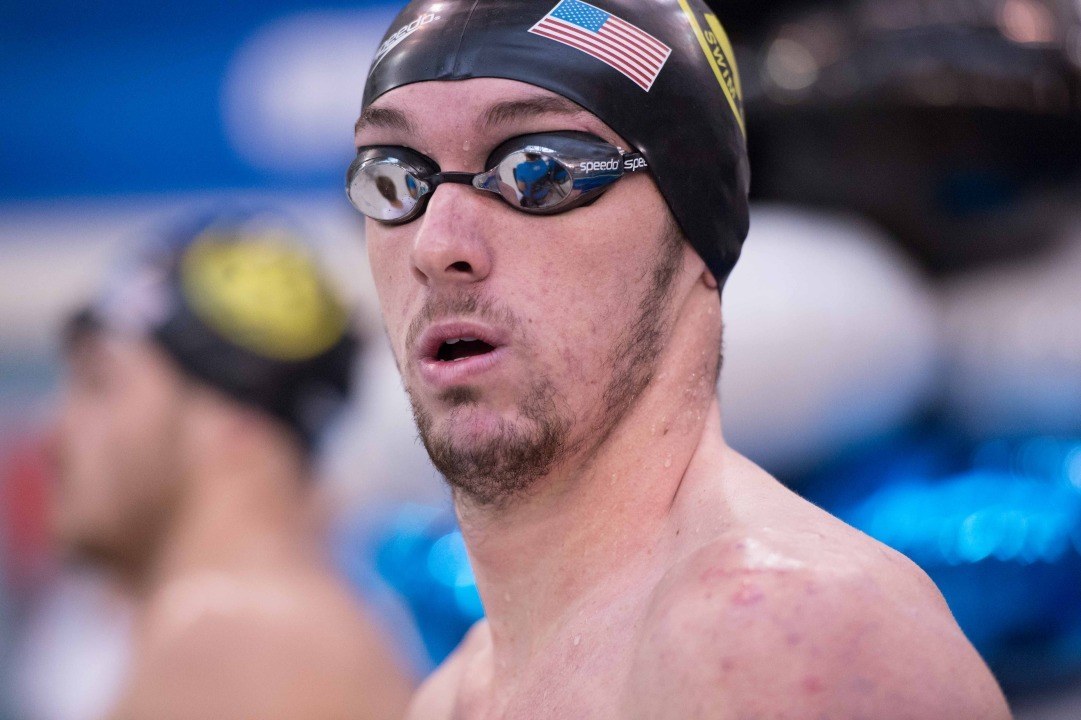 With only the 200 medley and 200 free relays contested alongside the boys 1000 free and the girls 1650, Santa Clara swept both individual races.

In the men’s 1000, the future Georgia Bulldog Burns went 8:53.26 to take home the win over teammate and Minnesota commit Michael Messner (9:03.44). Those times rank 6th and 20th, respectively, in the nation so far this season.

In the 200 free relay, the host Clearwater Aquatic Club just touched out Quest for the title. Clearwater boasted a relay of four high school seniors, each of whom is a Division I prospect. Duke commit Lexy Aitchison led the way with a 22.93 split, and the relay also featured a 23.07 from Texas A&M signee Sydney Pickrem. The relay also featured a 23.67 from leadoff leg Michelle Turek (an Auburn commit) and Tulane signee Natalie Clausen was 24.29, an impressive split considering she was coming off her 2nd-place finish in the 1650 free earlier in the night.

Ohio State Swim Club broke through for the win in the 200 free relay, though, going 1:24.97 to touch out the Marietta Marlins. That team featured a 20.90 leadoff leg from high-profile Buffalo commit Mason Miller, plus a 20.98 from Winston Kuriger. With those two building a lead, Jack Saczawa (21.68) and Arnold Luk (21.41) held off the Marlins for the win.

The meet continues through Saturday night. Full results are available on Meet Mobile.