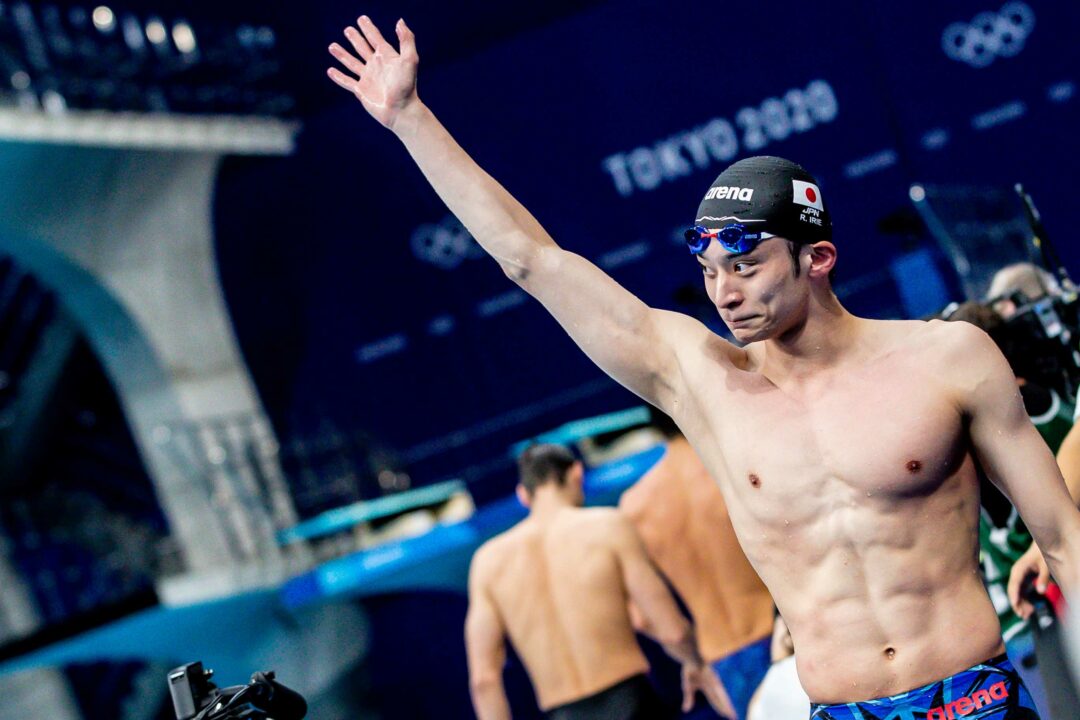 The 2022 Japan Swim continued tonight in Tokyo, with the meet representing a qualifying opportunity for this year’s Asian Games and World Junior Championships.

After establishing himself as the top-seeded swimmer of the morning with a heats result of 53.80, the seemingly ageless wonder powered his way to a season-best performance of 52.88 to take the gold.

Opening in 25.78 and closing in 27.10, Olympic medalist Irie put up the 28th sub-53 second time of his career, further solidifying him as one of the best men ever to race this discipline.

For comparison, the World Record holder Ryan Murphy has been sub-53 in 29 races, and American Matt Grevers put up 30 sub-53 races in his career.

As for Irie, he remains atop the world rankings, slicing .06 off of the 52.94 he registered at the Japanese World Trials meet last month. We’ll see how the Americans fare today in Greensboro, as the likes of Murphy, Shaine Casas, Hunter Armstrong and more will be racing the 100m back at the U.S. International Team Trials.

Shogo Takeda nailed the win in the men’s 1500m free, nearly matching the same result he hit at the aforementioned Japanese World Trials.

On the women’s front, after reaping gold in the women’s 50m fly last night in a season-best, comeback queen Rikako Ikee settled for bronze in tonight’s 200m free.

Shirai pulled a double this evening, also taking on the women’s 100m back. She was also the gold medalist in that event, producing an effort of 1:00.01.

I could watch that guy swim a 1000 backstroke

Irie is the People’s Champion.

It’s a long shot for sure, especially because he seems closer to his best at the 100 rather than the 200 as he gets older, but I’m really hoping my man can manifest a 1:54 out of nowhere to get a 200 back major gold finally at Worlds.

Happy for Ryosuke! I want him to get a medal at the World. Go, Ryosuke!