Ryan Murphy: “I honestly wish every meet was morning finals” 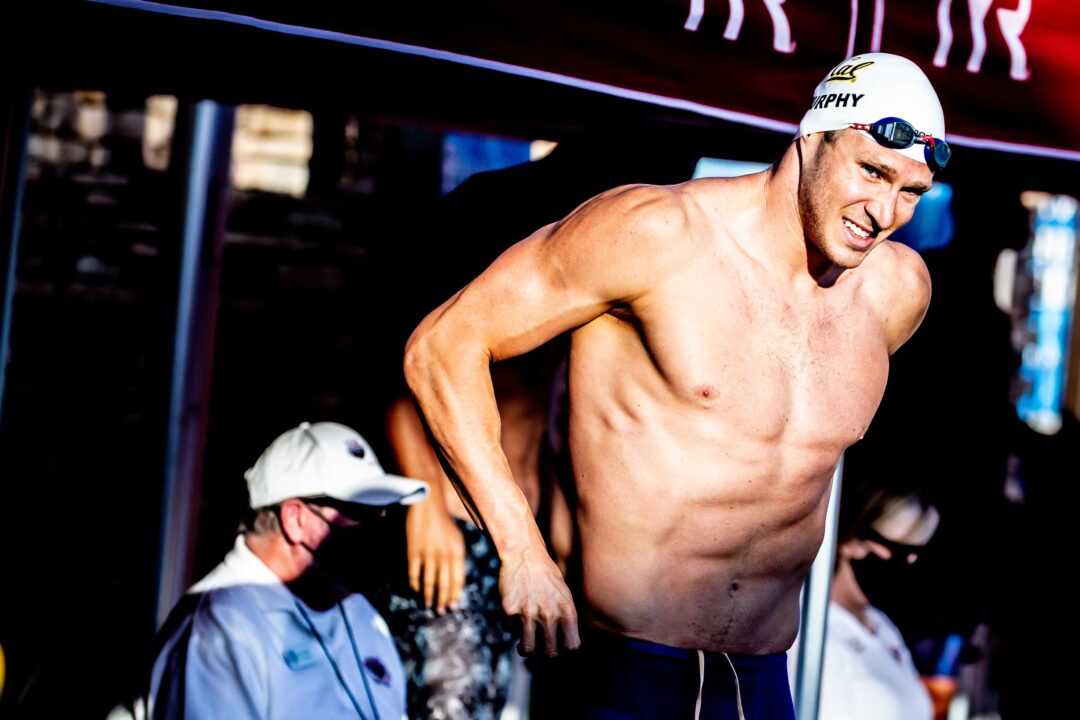 Ryan Murphy blasted off the start from lane 3, flipping in 25.6 to lead the field by half a body length over and ultimately stopping the clock in 53.11

Ryan Murphy blasted off to a strong start from lane 3, flipping in 25.6 to lead the field by half a body length over Daniel Carr and Hugo Gonzalez. Gonzalez had the fastest second half but Murphy hung on for the win, stopping the clock in 53.11.

That moves Murphy up to #6 in the world for the current season.

Murphy clipped the lane line just before coming to the wall, but he laughed off suggestions that it impacted his swim. Murphy said they’re just trying to gain information and prepare for Omaha and insisted he was satisfied with his performance.