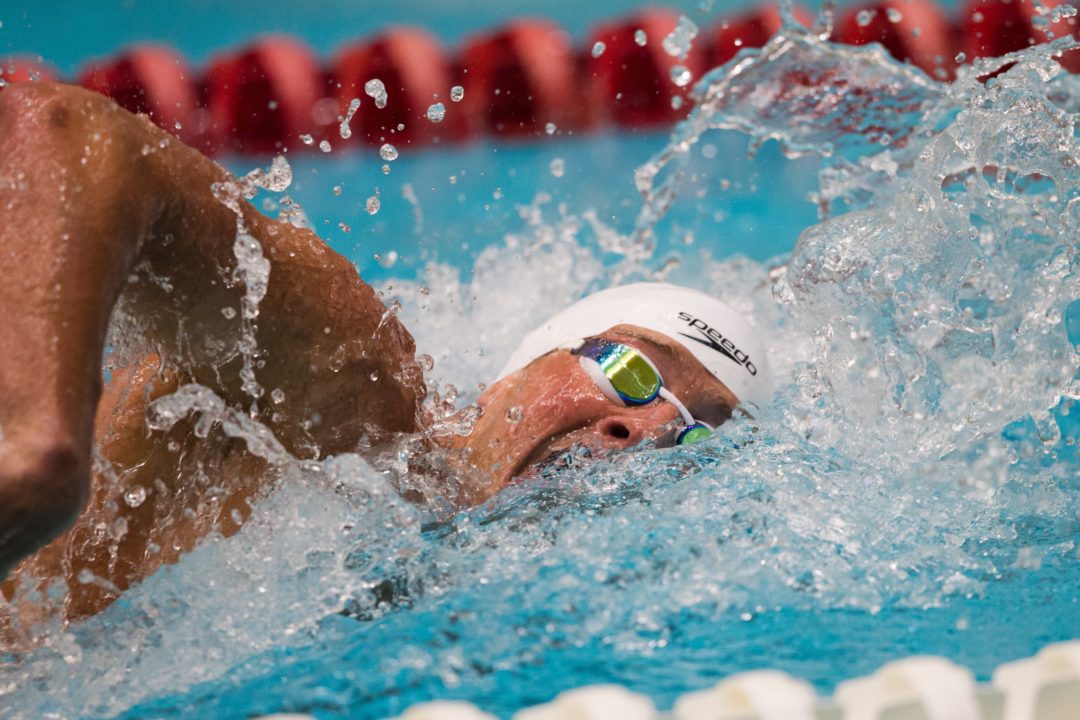 Swim News: "At CAA, Lochte will be handled by a team of agents headed by Lowell Taub. "(Swim Photo Credit: Tim Binning, theswimpictures)

Lochte began his Olympic career, biz-wise, at Octagon, sharing Michael Phelps’ manager, Peter Carlisle. After the 2008 Olympic Games in Beijing, Lochte left Octagon and was rumored to be without representation for awhile. Not true. Lochte’s longtime “wet-side manager” is Shawn Zenga, a swim mom with several decades of swimming experience and swimming connections, for which she is well-respected. Zenga handles most aspects of day-to-day management; Lochte’s schedule, swim clinics, communications and fulfillment with his corporate partners. Lochte’s sponsors include P&G, Gillette, Speedo, Nissan, Gatorade, AT&T and Ralph Lauren.

Lochte tweeted the news about his representation, “It’s official! Just signed with CAA…. Moving ONWARD and UPWARD. That’s a big #Jeah.” Lochte has a robust following on Twitter, presently 1,021,831.

Lochte signed with Erika Wright a year out from the 2012 London Olympic Games, and while the partnership proved to be fruitful, Lochte felt he needed to go in a different direction career-wise.

At CAA, Lochte will  be handled by a team of agents headed by Lowell Taub. Lowell is considered by many sport analysts to be one of the best Olympic reps in the nontraditional sports niche. Lowell also reps Olympic Sprinter Sanya Richards-Ross,  skier Bode Miller and snowboarder Shaun White.

As always, Lochte will continue to work with longtime wet-side manager, Shawn Zenga.

That’s huge for Lochte. CAA is THE place to go if you’re looking for an agent/representation/whatever.

…behind the scenes, a lot of industry folks think Lowell Taub/CAA is someone Lochte should’ve started out with. We’ll see.

I hope they really take the bull by the horns and teach the guy how to form a complete sentence.

Wow… it seems like you can not be happy for anyone on this site…? Always taking a stab at someone..huh? Ryan is a great guy and works very hard. You may not think he can form a complete sentence but he is laughing all the way to the bank.

The disturbing thing is everyone knew the kid needed help since he started doing televised interviews in 2004, and nobody did a thing about it.

I think he’s a terrific guy with lots to give and I hope that more people will be able to see that with his new rep. I wish him all of the best.