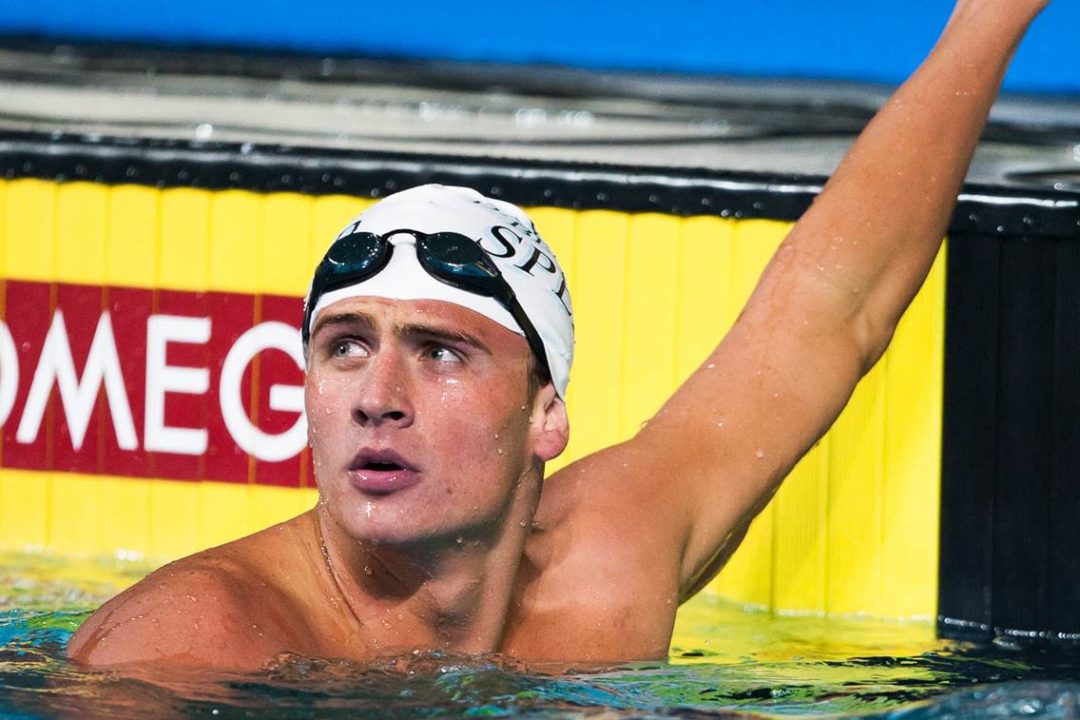 Multi-Site 18 & Under National Winter Championships To Kick Off Tuesday

USA Swimming’s 2020 version of the Winter Junior Championships will run for two weeks and take times from meets across the country.

Minneapolis One of Three Finalists To Host 2024 U.S. Olympic Trials

Men’s 100 freestyle at the 2013 World Championship Trials as reported by swimswam:

An exciting 100 freestyle final was won by Olympic champion Nathan Adrian in a time of 48.10, a season’s best time by seven one-hundredths of a second. The time ranks third in the world behind James Magnussen (47.53) and Vlad Morozov (47.93).

Jimmy Feigen had the fastest final 50 in the field, splitting a 25.12 which propelled him to a second place finish out of lane two, posting a time of 48.24. Ervin fell back to third finishing in a time of 48.49 followed by Ryan Lochte who finished fourth in a time of 48.58.

A good swim from Lochte, looking forward to see how he performs in the 200 tomorrow.

I love how honest Lochte is! Doesn’t try to hide a “could’ve been better” race.