Ryan Lochte: “One of the Hardest Sets I’ve Ever Done.” 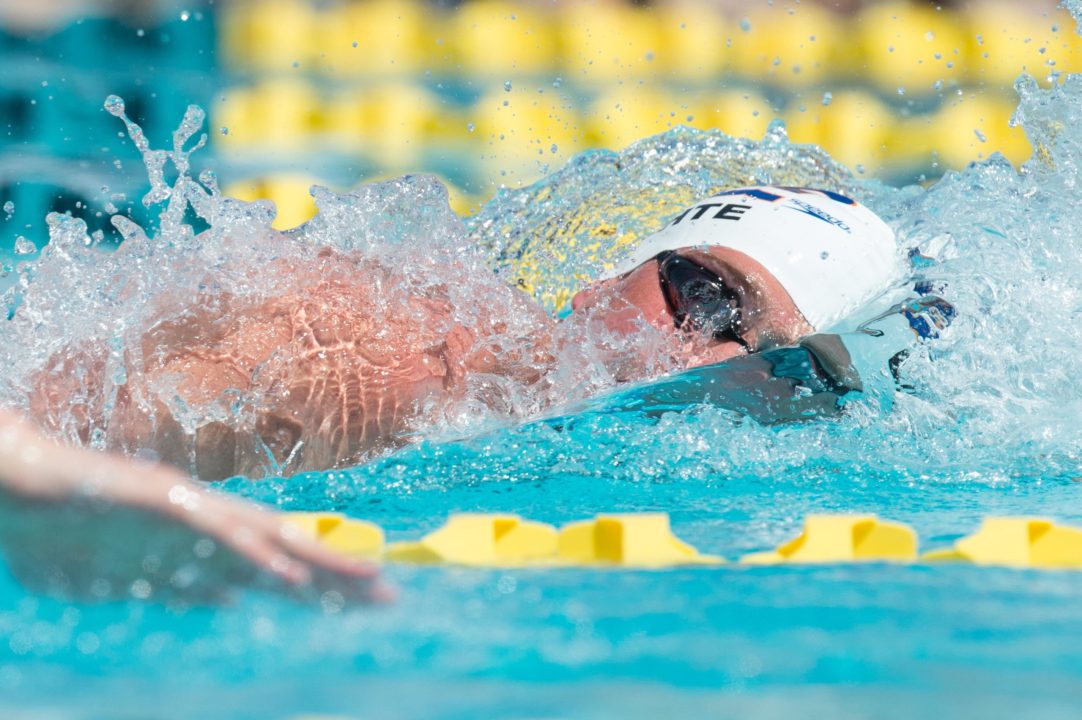 Ryan Lochte’s work ethic in the pool is second to none. For #TBT we are going show a set from 2012 he describes as one of the hardest he has ever done. Current photo via Mike Lewis/Ola Vista Photography

How Swim Coaches Can Get Started with Mental Training Skills

Do more in the pool by flexing a few simple mental training skills with your swimmers. Here’s how to get started with sharpening your swimmers mindsets.

The Process is What Shapes You as a Swimmer

During times of uncertainty and increased stress, you can lean on the one thing that has always been there for you–your process.

How Swimmers Can Get Started with Visualization and Imagery

When Adam Peaty got behind the blocks at the Rio Olympics he was calm and confident. Here’s how he used visualization to crush the WR and win gold.

This was originally published over at YourSwimBook.com. Sign up for Olivier’s weekly motivational newsletter for swimmers by clicking here.

Ryan Lochte’s work ethic in the pool is second to none. For #TBT we are going show a set from 2012 he describes as one of the hardest he has ever done.

The fastest swimmers in the world are fascinating to watch.

The unrelenting power and skill that the best of the best display is particularly impressive, with swimmers like Ryan Lochte who manage to make even fellow international level swimmers appear pedestrian by comparison.

And for those of us who marvel at the way top swimmers perform when they race, we are equally awed and intrigued by the feats they perform in practice.

And Ryan Lochte, who possesses a range and versatility sculpted from thousands and thousands of miles of training, is no exception.

Before Lochte moved to North Carolina to swim at SwimMAC under coach David Marsh he trained under Gregg Troy at the University of Florida, where weeks of 70,000m in the pool were not uncommon.

A protocol of high yardage has helped Lochte build the insane conditioning that allows him to race multiple events at high level meets, not the least of which is the punishing 400m individual medley, an eveng in which he’s the defending Olympic Champion.

During the run-up to the 2012 London Olympics, Lochte’s work at Florida was its zenith.

In an afternoon workout in March a couple months before US Olympic Trials he did the following swim workout, which he would later characterize as “brutal”, which is saying something given Lochte’s capacity for work.

Here is the workout:

Woah. 4:20s are still seen as good in-season RACES. Not practice times. Well that shows what you have to be capable of to throw down a 4:05 textile. Jeez.

Two thoughts
The historian in me says Tim McKee was a virtual tie in 1972 at 4:31 which make those swims amazing
BUT
The coach in me says
My swimmer looses in breastroke to the other guy…
Where’s the model for the improvement in that race?
Just saying “cmon Ryan! The definition of insanity…”