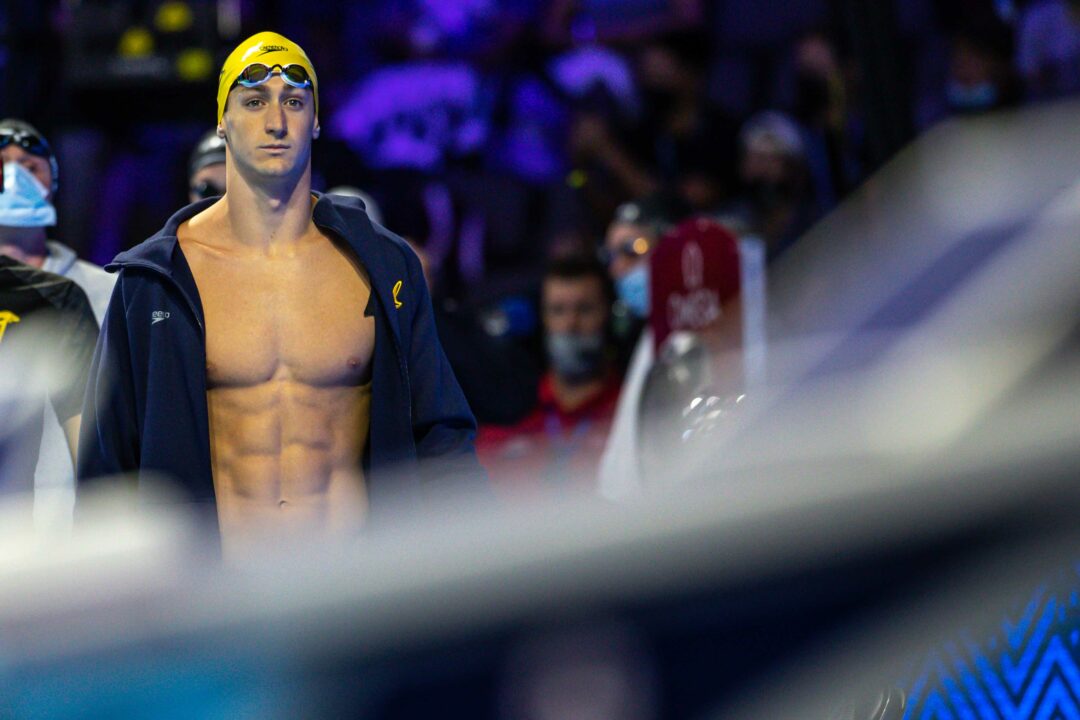 Ryan Hoffer, who finished his Cal career with 7 NCAA titles, will forego his extra season of NCAA eligibility to race in the ISL. Archive photo via Jack Spitser/Spitser Photography

Collegiate swimming star Ryan Hoffer confirmed to SwimSwam on Friday that he does plan to turn pro and race in the International Swimming League this fall, forgoing a final year of eligibility at Cal.

Hoffer swam for 4 seasons at Cal, but like all NCAA Division I swimmers during the 2020-2021 season, he is eligible for a 5th year because of challenges presented by the coronavirus pandemic.

A short course specialist known for monster underwaters, Hoffer is widely-expected to be one of the top two picks in the ISL rookie draft, which will take place on June 28.

In the first round of new additions, where only league newcomers are eligible to be drafted, each team receives one selection in reverse order of league finish from last season. This means that Aqua Centurions, DC Trident, and New York Breakers will get the top 3 choices.

Hoffer and Dutch breaststroker Arno Kamminga are the top two rookie entrants in the league. If the general managers see things that way, Hoffer should end up with aqua – a team that already is retaining male breaststrokers Nicolo Martinenghi and Fabio Scozzoli from last season.

That would leave Kamminga for the Trident at pick #2.

Hoffer is the prototype of the kind of swimmer who will benefit most from the ISL’s format. His best finish at the Olympic Trials was 19th place in the 50 free. He still is a ways away from making a major long course U.S. international team, which for most swimmers makes it challenging to extend a career. In the ISL, however, where the 8 top earners last season cleared more than $100,000, Hoffer could keep up a viable living in the sport thanks to his short course abilities.

I think Ryan will develop into a better meters swimmer through swimming more SCM through ISL as a gateway. I think he’ll be really fun to watch and hopefully he can grow into an respectable contributor on future national teams.

Good luck to Hoffer and I really look forward to watching him in ISL, but I really hope he can figure out how to translate his SC success into LCM. Maybe he can be a late bloomer in the big pool like Coleman Stewart?

Entry into the ISL may, indeed, extend his career all the way to Paris 2024!

I think my grandmother is the only one not on the Rookie List!

Not to go off-topic, but I just noticed Popovici is on the rookie list. I guess that means no NCAA route for him, which considering his rate of improvement is likely a good thing for him to stay with whatever training situation he has currently.

Look at most of the International studs don’t go the NCAA route. Italians, Aussies, GB, Japanese, Russians (unless they grew up in US), etc. of course there are going to be exceptions!

You’re right, I just remember there being some speculation wondering if he’d potentially go that route after his 1:46 2 free and it looks like it’s a no.

So I guess the age rule has been watered down significantly.

I actually forgot the minimum age was 18+. I guess fast swimmers are an exception.

Guess there’s no “zero tolerance” mantra for this rule

Anyone have an idea of who will be the new head coach at Texas?

I don’t see Cal’s other star seniors on the list, anyone know their plans?
Staka and Jiang are on the list from Texas but no Katz.

Katz could be taking some time off or something based on his last IG post. I hope he sticks through till 2024 though.

I know Trenton Julian said he is going to stick through till 2024.